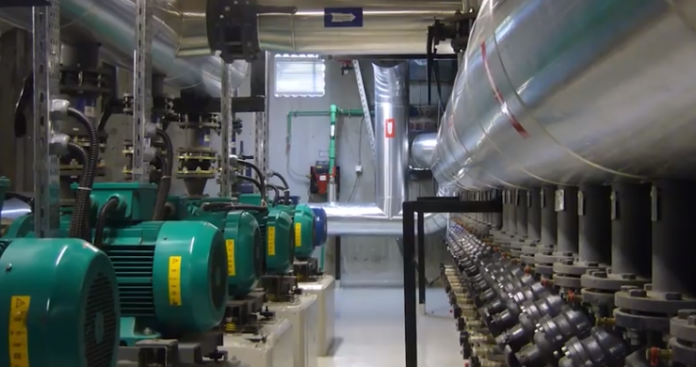 Every year in September, the President of the European Commission delivers the State of the Union address before the European Parliament, taking stock of achievements of the past year and presenting priorities for the year ahead.

The President also sets out how the Commission will address the most pressing challenges the European Union is facing and ideas for shaping the future of the EU.

Ursula von der Leyen, President of the European Commission, will deliver her address today, 16 September 2020 (09:00 CEST). The speech will be followed by a plenary debate with Members of the European Parliament.

Ahead of the State of the Union, EGEC – European Geothermal Energy Council – advocates for putting a price on carbon emissions in heating and cooling.

President Ursula Von der Leyen is expected to announce at least 55% target for greenhouse gas reductions in the State of the Union speech on 16 September. But it is absolutely crucial the European Commission recognise the importance of decarbonising heating and make this a priority area for action. Carbon pricing covers a major policy loophole, which gave fossil heating a significant competitive advantage over renewable energy solutions, particularly geothermal energy, one of the cheapest sources of heat.

Heating accounts for half of the EU’s energy consumption. 80% of this market is dominated by fossil fuels, which benefit from direct and indirect subsidies that lock out geothermal energy and other renewable energy technologies. A uniform carbon price across Europe can address this unfair distortion of the internal market.

Sanjeev Kumar, Head of Policy, at EGEC Geothermal said, “Extending the EU Emissions Trading System to heating is an important step in accelerating the energy transition in buildings and delivering carbon neutrality by 2050.” He added, “A robust carbon price sufficient to drive transformative change is key to the race against the clock to tackle the climate emergency.”

EGEC Geothermal supports all carbon pricing schemes alongside the immediate removal of direct and indirect fossil fuel subsidies. The inclusion of fossil heating and cooling suppliers in the EU Emissions Trading System (EU ETS) is an important feature of a comprehensive package of climate reforms. The revenues raised from the sale of EU ETS auction allowances can be recycled back into direct investments in renewable energy renovations, especially for the most disadvantaged households.

The European Geothermal Energy Council (EGEC) is a not-for-profit organisation promoting all aspects of the geothermal industry. It was founded in 1998 to facilitate awareness and expansion of geothermal applications in Europe and worldwide by shaping policy, improving investment conditions and steering research.