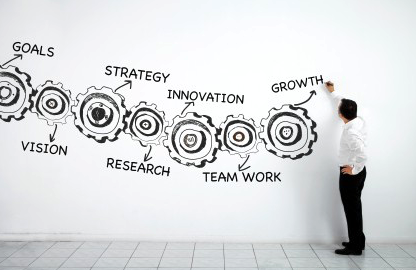 What you need to know about strategic philanthropy, an additional tool for companies, including small and medium enterprises, which generates advantages for both beneficiaries and donors.

Doing good does you good. Italy is well aware of this, ranking among the top countries in the world for generosity, as revealed by a recent estimate by Enrop (European Research Network on Philanthropy). Italy is second in Europe in terms of individual donations and fifth in terms of company donations. This macrocosm of generosity is the setting for the most structured intervention carried out by foundations, both corporate and family-based. Foundations are among the main protagonists of strategic philanthropy in Italy: there are 6,451 of them, including about 150 corporate foundations, capable of generating about 200 million euros every year to carry out philanthropic interventions of social innovation.

The corporate foundation is a useful tool for companies but it is necessary to know how to structure and manage it in order to activate what is called strategic philanthropy.

It is a system that can transform donations into real investments. Companies of all sizes are assisted in the creation and growth of this activity by the dedicated Fondazione Lang Italia.

Let’s begin with what it really means to engage in strategic philanthropy. “In Italy, those who practice it, often pursue it through family or corporate foundations or, in the case of a company, can also do so through CSR – Corporate Social Responsibility activities. In recent years, the practice of setting up a corporate foundation has become particularly widespread for a number of reasons. One of these is greater freedom of action: a company can use its foundation to pursue more far-reaching projects, also in partnership with other organisations, gaining greater room for manoeuvre than it would via direct company intervention”, Lucia Martina, secretary general of Fondazione Lang Italia, explains. She

also explains another trend: the attention paid by companies to reviewing the strategy of their foundation in order to align it correctly with their business.

“This is a pretty strong trend today. Until recently, corporate foundations took certain social issues to heart without properly aligning them with business but now much more attention is being paid to this aspect.”

Where do the most advanced foundations or those most eager to show that they have actually brought about social change take this approach to strategic philanthropy? There are several avenues, ranging from the Theory of Change to venture philanthropy. The latter model borrows some concepts from the world of venture capital and applies them to the social sector to build successful organisations and help them grow, supporting them in their business.

Is philanthropic intervention with the creation of a foundation a viable option for a sector such as refrigeration, in which there are few large companies and many small and medium enterprises? “Of course. It is a model applicable to all those companies that wish to undertake strategic interventions structured in a certain community” – replies Martina. “Strategic philanthropy can be pursued with the aim of becoming important players in a given community/territory”. In any case, if the operations are carried out correctly, not only the beneficiaries stand to gain, the company does too. “A first important result is the brand reputation. Carrying out philanthropic initiatives conveys an idea of solidity, of long-term commitment”.

Is creating a foundation a complex process? “No. In the case of small and medium enterprises, there are several examples of not only corporate foundations but family foundations too. It should however be considered that it is necessary to contribute an amount of between 50 and 100 thousand euros when setting up the foundation”. This capital will be used to protect possible creditors, given that the foundation is a legally recognised and financially independent body.

But there is a considerable benefit to be noted: by donating to a foundation, the ceiling of the taxable income is lowered.

Once the foundation’s goals and philanthropic activities have been established, it is worth considering the advantages of a choice of this kind. “The company that sets it up is seen as an authoritative player on a given subject, distinguishing itself positively from its competitors”. In any case, the theme is of considerable interest, as proven by the thousands of foundations that exist.

The Foundation is an initiative of the Lang Trust, set up by a Milanese businessman to promote a conscious philanthropy that improves the quality of life of future generations.

It acts on three levels: the first is training. In executive mode it is aimed at individuals who are about to set up a foundation, at entrepreneurs who require a better understanding of how the foundation business works, or at the managers in charge. There is also on-demand training, held directly on the company premises. It organises dedicated seminars, courses and workshops.

The second activity is consulting, relying also on a network of professionals for a full-scale launch at bureaucratic level, directly managing the strategic part of the foundation, which implies what the foundation should deal with in terms of goals, business, company history and territory. In this sense, Lang Italia helps to implement monitoring and assessment tools.

The third activity concerns the dissemination of best practices and the creation of discussion platforms. One of these is the Philanthropy Day, an opportunity for meetings and discussions, aimed at presenting inspiring practices.