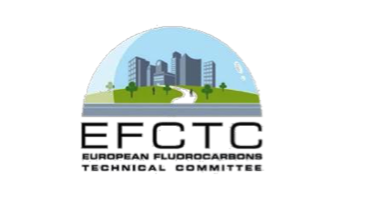 EFCTC is a sector group of the European Chemical Industry Council (Cefic) and is represented by the companies Arkema, Chemours, Daikin Chemical, Honeywell and Koura. Its main objective is to provide up-to-date information on the applications, safety, and health and environmental effects of HFCs (which are used for refrigeration), and the relevant European and international legislation. EFCTC wished to obtain an understanding of the existence and size of illegal trade in HFCs in the context of the current phase-down mechanism under the F-gas Regulation.

EFCTC asked Oxera to undertake the assessment of the trade flows based on public data as well as data on exports from China, and to identify discrepancies between the data sources.

We examined the trade flows of HFCs to see whether these provided indirect evidence of illegal imports of HFCs into the EU. Illegal imports might arise following restrictions of imports of the chemicals into the EU under the F-gas Regulation. As the analysis of trade statistics by itself cannot provide proof of the presence or absence of illegal trade in HFCs, we analysed the data to assess whether it was consistent with the presence of such a trade.

The assessment revealed a substantial discrepancy in the data on exports reported as leaving China (based on data on exports from China) and the imports reported as entering the EU (based on Eurostat data). This gap consisted of several million CO2-equivalent tonnes. It was found that, from 2017 to 2018 (the year when the F-gas Regulation quota was last tightened), imports into neighbouring countries to the EU increased more than the growth of imports into the EU27 and the UK. One explanation for this increase could be that these products are being illegally imported into the EU market.

Matthew Shepherd, Oxera Principal, said: ‘The discrepancy between Chinese export numbers and Eurostat’s recorded imports and the substantial increase in HFC imports into neighbouring countries is stark. Illegal HFC trade could be one of the reasons for the differences in the data.’

Oxera’s assessment has been used by EFCTC to calculate the amount of illegal imports of HFCs into the EU.