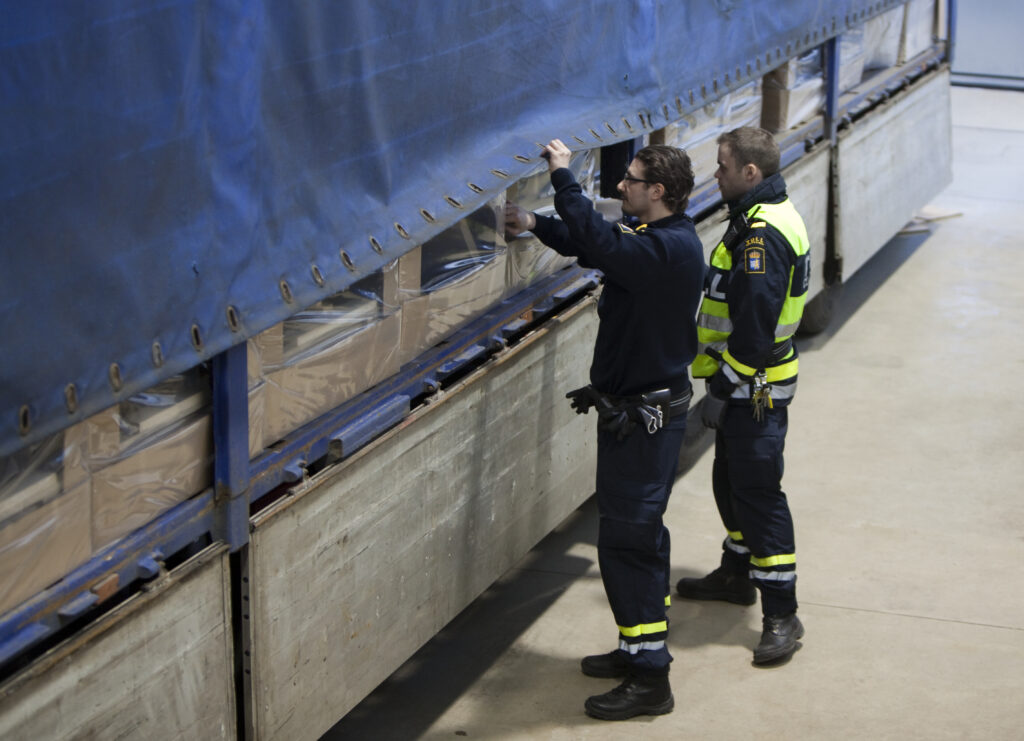 The European Union is the largest trade bloc in the world and represents 15% of the world trade, together with United States and China. In 2018, the value of the EU’s trade – incoming and outgoing – amounted to 3.9 trillion (1 x 1012) Euros

For customs, managing this volume of international trade means fulfilling almost 343 million customs declarations (transit movements included), work carried out by over 2,000 customs offices in the EU, which work 24 hours a day and 365 days a year. The amount of customs duties collected in 2018 reached 25.3 billion Euros.

Customs authorities are in the forefront also in the struggle against fraud, terrorism and organized crime and, to this end, they collaborate with administrations and agencies entrusted with other pertinent policies.

Customs carry out controls according to the provisions of the standardized regulations inside EU, in particular the Union Custom Code and policies concerning each particular product. The case of refrigerants involves, for instance, the regulation on the market surveillance (Regulation 765/2008) and naturally the regulation on fluorinated gases (Regulation 517/2014). Therefore, the struggle against illegal refrigerants is the concerted work of many competent authorities, not only of those who have issued the Regulation or control the borders. In the case of fluorinated gases, this needs a strict cooperation, for instance between customs authorities and the national authorities in charge for the application of the F-Gas Regulation.

At this stage the customs assesses if some of the requisites of the fluorinated gas legislation are respected, like the obligation for operators of being provided with a valid registration in the portal of fluorinated gases and in the HFC licence system, the obligation of submitting, on demand, an accurate “conformity declaration ” when they import some determinate appliances charged with HFC, of granting the conformity with labelling requisites and with the prohibition of releasing on the market some appliances as per enclosure III of the fluorinated gas regulation (some non-rechargeable containers included).

Checking the operator conforms to share requisites is instead today a responsibility of the national authorities entrusted with the application of the F-Gas Regulation, which in their turn control according to the crossing of information received from the customs declaration and registered in the portal of fluorinated gases and in the HFC licence system to which they have access. 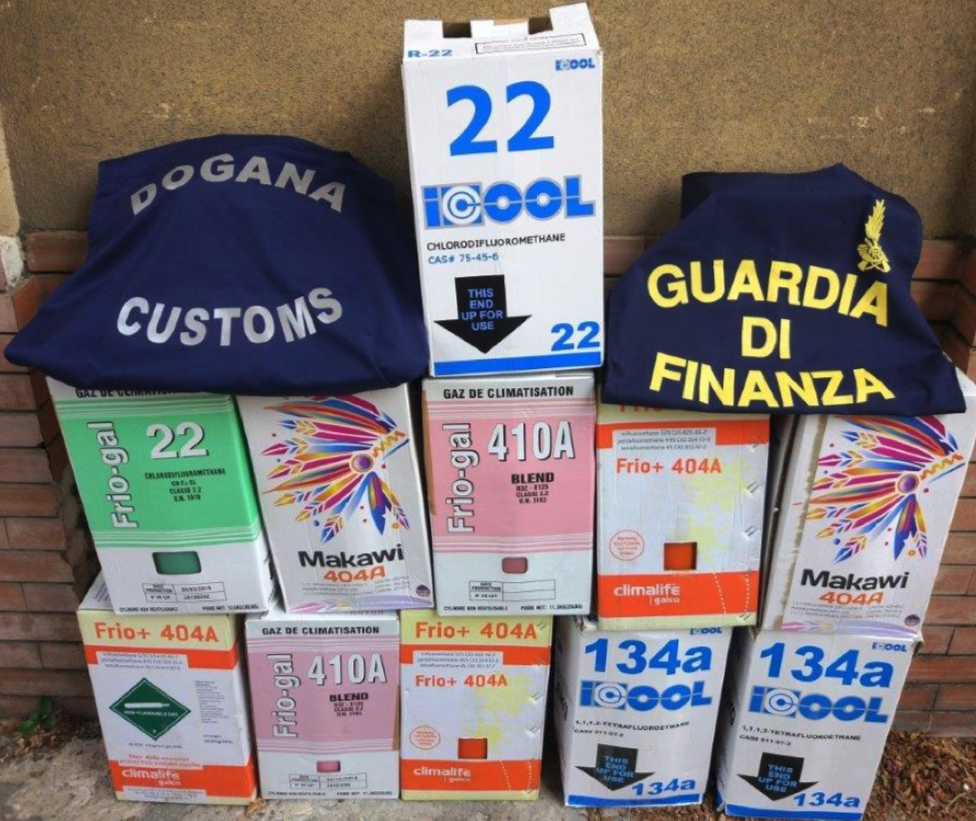 Instruments supporting customs’ activity
Customs authorities are provided with various instruments for the declaration control and the selection of the shipments to be subjected to controls:

As above indicated, the customs uses TARIC, which integrates also all obligations related to fluorinated gases. The integration and the codification of such measures assures their uniform application by all member States and offers all economic operators a vision of the measures to be adopted during the import of goods in the EU. Customs authorities perform a risk analysis of the goods that cross external frontiers in the ambit of a common risk management framework, to identify the risks for citizens’ safety, for the protection of health and environment and for the safeguard of EU’s and member States’ financial interests. Whenever member States identify a relevant risk for other member States, they share it through the Custom Risk Management System (CRMS) to guarantee it will be considered by all customs authorities in the EU, then trying to implement a common protection action of external frontiers against risks and/or menaces.

At European Union level, the customs’ action is then standardized according to the common customs legal framework and by using the above-mentioned shared instruments.

This harmonized EU legal framework is jointly carried out and applied by EU national customs authorities of member States, as if they acted as a single whole. 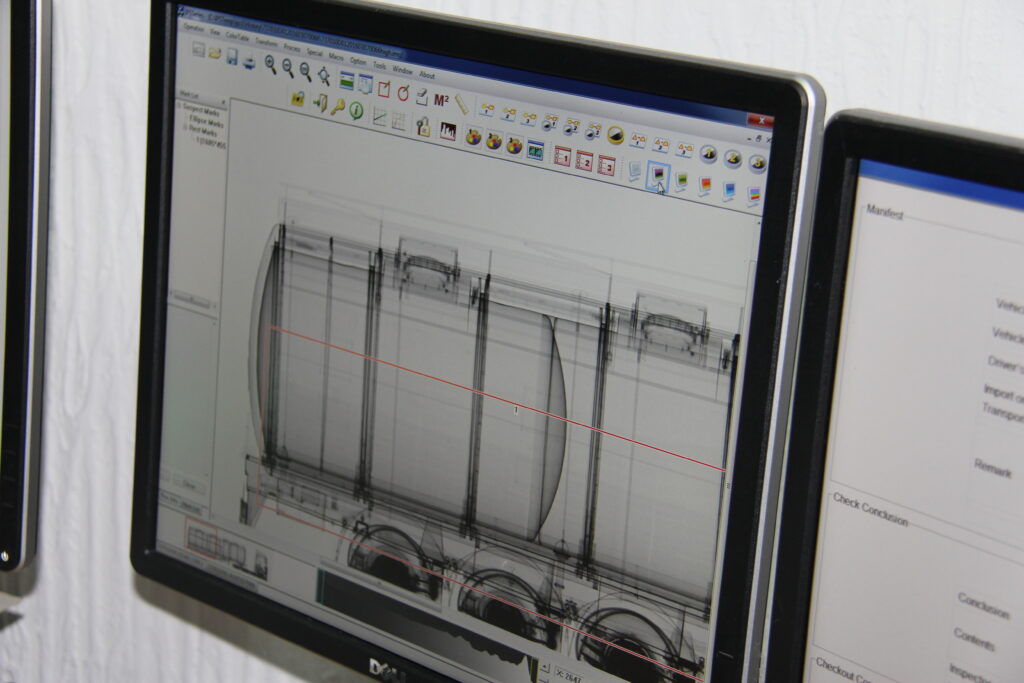 The “single window” system
The Commission is working at a customs single window of EU for F-Gases expected to be in operation in the course of 2021. The single window system allows an economic operator to transmit the necessary data for manifold regulatory purposes to more addressees (for instance, in veterinary, health, environmental ambit and so on) in a standardized format and through harmonized access points. A customs single window of the EU might imply various advantages, to full benefit of both the trade world and of regulation authorities. In the case of F-Gases, in particular, the system will allow automatic controls of all customs declarations for fluorinated gas shipments. It will be possible to check in automated modality if the importer has satisfied the registration requisites of fluorinated gases. Moreover, the system will support the bidirectional information exchange: customs will be able not only to control the available data on the portal of fluorinated gases but also to transmit the data about imported shipments at the portal of fluorinated gases. This will facilitate the traceability in the whole EU and a better coordinated control of the imported quantities of fluorinated gases. Besides, such controls will be executed in the lapse of few seconds.

From Kg to CO2 equivalent
The “single window” system will connect national customs systems with the FGAS portal of the general Directorate for the Climate action of the European Commission. Real-time data on the submitted customs declarations concerning HFC will be transmitted in real time by the customs to the FGAS portal. Having information from the customs declaration about the imported substance (TARIC code) and about its neat mass, the FGAS portal will execute automatic calculations of the equivalent of CO2 by multiplying the refrigerant mass declared to the customs (kg) by the GWP (global warming potential) of the HFC at stake. In this way, we convert the Kg, with which refrigerants are measured at the frontiers, into CO2 equivalent with which they are measured in the share system. Further information are available on the site https://ec.europa.eu/info/departments/taxation-and-customs-union.