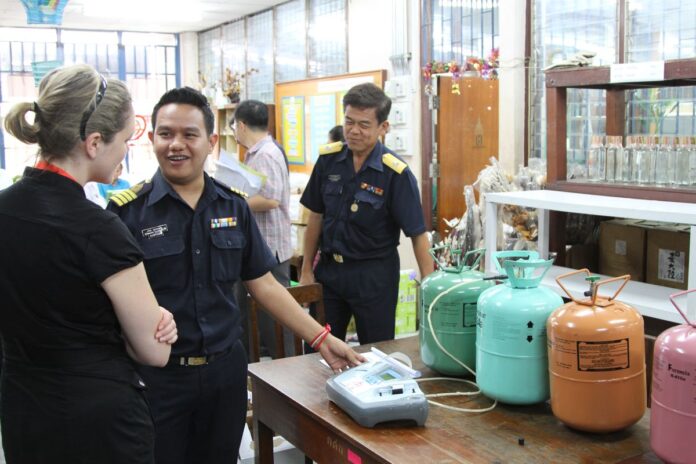 After the coming into force of the F-Gas Regulation, the trend of refrigerants’ prices has been characterized by fluctuations, naturally caused by the gradual reduction and by the availability decrease

According to what reported by Öko-Recherche consultant, entrusted by the Commission with the monitoring of the F-Gas Regulation impact on the market of fluorinated gases, in the first two years of implementation of the regulation on fluorinated gases (2015 and 2016) there was no perceivable impact on the prices of HFC refrigerants with high GWP commonly used. However, since half of 2017 onwards the prices for R404A, R410A, R134a and R407C have significantly risen, up to reaching a peak at the beginning of 2018, 6-to-13 time higher than the original price. Such increases were forecast and expected by the Commission, and they were aimed at boosting the use of more eco-friendly alternatives. Still Öko-Recherche states also the observed price rises approximately mirror the GWP of the different refrigerants, with higher prices for gases with bigger greenhouse effect.

In the monitoring by Öko-Recherche published in June and referred to the prices of the first 2020-quarter, it is stated that:

According to the opinions collected by Öko-Recherche, prices are likely to remain stable still for a while but, at the end of the year, we might witness a new upswing. In fact, in 2021, according to the roadmap of the F-Gas Regulation, we will see a new decrease of the available shares, down to 45% of what was available in the 2009-2012 reference period.

About the gradual reduction trend (phase down) and the relative problem of HFC traffic, we have asked some questions to the European Commission, which has answered in writing. 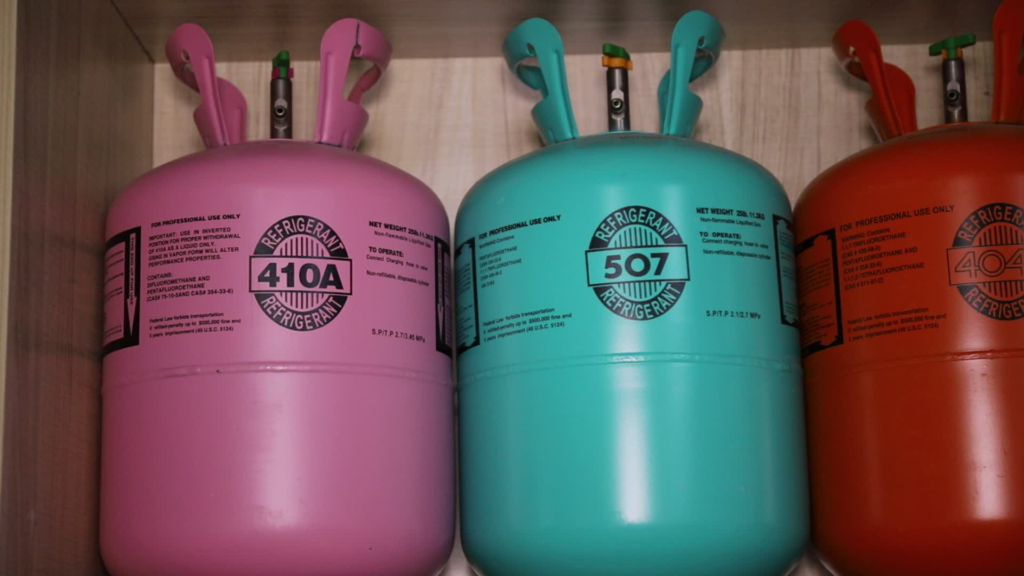 Could you express some statements about the effective progress of the gradual reduction of HFC and about the actions to prevent illegal imports?
There are clear signs that the gradual reduction of HFC is exerting a significant impact. The most evident proof is that a fast shift of technologies has occurred in all sectors using HFC in the EU. For the new air conditioning appliances of small split sizes, the new normality consists in using a refrigerant that has a three-time lower climatic impact than the refrigerant used in the past. Besides, HFC are no longer the first choice for many new refrigeration appliances. This modification is taking place because the prices of HFC are much higher than before the gradual reduction beginning. This price rise has occurred because the phase down is limiting the availability of HFC in the EU. The higher prices are making eco-friendly alternatives more interesting. Moreover, the higher prices of HFC are also encouraging the users of existing appliances to minimize losses and to recover gases from appliances. Therefore, the phase down works also for the existing appliances that contain HFC with high GWP. Unfortunately, illegal imports persist. Facing this problem is a high political priority. The Commission is doing its best (see hereunder) to contrast the illegal trade in cooperation with member States and industry, in particular developing and exchanging the best practices targeted to intensify the action. Moreover, the Commission stresses with member States the need of a good implementation, also with dissuasive sanctions for illegal activities.

EFCTC has recently published some results by Kroll investigation company about the illegal trade of refrigerants. According to EFCTC, 20-30% of refrigerants on the market are illegal. What do you think of this percentage? Might it be realistic?
The investigations carried out by Kroll have identified some illegal shipments. They have not identified the sizes of the illegal trade because the quantities of refrigerant involved in these specific cases cannot be used to provide a more global picture. The numbers used by industry to claim 20-30% are based on a comparison between the Chinese exports reported by Chinese sources and EUROSTAT data for imports in the EU. However, a similar comparison of commercial figures by commercial partners often shows discrepancies for various reasons and it cannot be used, in itself, to carry out a reliable quantification of the entity of illegal imports. Therefore, we have executed our analysis by using effective data communicated by each importer as per regulation on fluorinated gases, comparing them with the amounts declared by importers at the customs. This comparison shows that, in general, the quantity of HFC declared at the customs perfectly corresponds to the one indicated by the regulation on fluorinated gases. This suggests that illegal trade or fraud can occur under the form of smuggling, false declarations and so on, by entities not provided with a registration or a HFC licence share in the F-gas portal and in HFC licence system. It is very hard to evaluate the real entity of such activities because there are not coherent data about smuggling. Therefore, we cannot assert specific claims on the illegal trade percentage according to the available data in this phase.

Irrespective of sizes, any ton of HFC illegally imported is an undesired ton, because it damages our climatic targets and the competitiveness of the companies complying with the fluorinated gas regulation. Therefore, we assign a high priority to the fight to illegal trade and our numerous actions are self-explanatory. Besides, the press release by EFCTC recognizes “the new discoveries demonstrate the efforts to stop illegal imports start having an impact “.

How are you working with the other EU authorities to fight this problem and what measures are you implementing to keep it under control? In the fluorinated gas regulation, is there an instrument that specifically concerns the illegal trade and how to fight it?
Smuggling and false declarations are a wider application problem and take place also with other goods, like illegal drugs, cigarettes and counterfeited products. Considering the big quantity of exchanges that daily cross EU’s external frontiers, an efficacious and efficient risk management is extremely important to face this type of fraud. The application is also a responsibility of member States and it is necessary that customs authorities, market surveillance authorities and national authorities on fluorinated gases strictly cooperate for fluorinated gases. The Commission is adopting a set of measures to facilitate the application of the regulation on fluorinated gases. In particular, a work team with experts in customs and fluorinated gases of 13 member States has processed control lists of the best customs practices, so that now customs can control imports more easily and stop suspicious shipments, if necessary. Besides, customs authorities can identify the batches relating to fluorinated gas through the integration of the measures of the fluorinated gas regulation in customs processes and instruments. In the future, there will be a so-called “single window” for customs, which is an electronic system that will make the control even stronger, permitting automatic cross checks of all declarations of fluorinated gas shipments at the customs with the F-Gas Portal and the HFC licence system at the European Commission (DG CLIMA – Directorate for climate Changes, Energy and Environment). Such automated process will be fundamental to identify unauthorized importers and to strengthen the management of HFC shares on EU scale. The system launch in member States will start gradually in 2021.

Different branches of the Commission, such as DG CLIMA, DG TAXUD (Customs Directorate) and OLAF (European Anti-fraud Office), work in strict contact at such issues; a recent example of this cooperation is a conference jointly organized by OLAF, DG TAXUD and DG CLIMA in January 2020. The conference was attended by representatives of EU’s industry, experts from national customs administrations and political managers of fluorinated gases in member States. The conference has allowed political authorities:

– to listen to and to collect information from industry and other concerned parties that might help their control activity;

– to share experiences and to strengthen the exchange of information among customs authorities, market surveillance and competent environmental authorities.

Is there something you think it is worth underlining?
We would like to highlight that the strict collaboration with industry about this issue has been very useful and, although industry is very worried for the illegal trade, it also acknowledges that, despite the illegal trade, the phase down of the market of HFC with high GWP of EU is working.