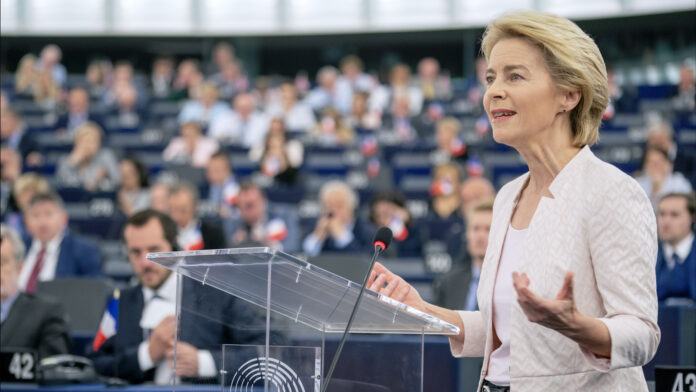 In December 2019, the European Commission headed by Ursula von der Leyen had announced the strategy Europe will follow from now until 2050, to reach at that date net zero emissions, so becoming the first continent that hits such a target. Now it is even more necessary to keep faith with the commitment

EPEE, the European Partnership for Energy and the Environment, has tried analysing what consequences this strategy for the refrigeration and cooling sector might have.

As these goals witness, the Green Deal aims at representing much more than an instrument of environmental kind: it is conceived to be a growth strategy, to improve Europeans’ wellbeing and to create new workplaces. Different action areas are involved in this strategy and all, more or less evidently, are linked with the cold sector.

The core of these measures naturally concerns the climate and the attainment of the climatic neutrality. For this reason, in March the Commission issued a Proposal for a European Climate Law in which it indicates compulsory targets to be reached with the contribution of each member State. Among them, a further reduction of greenhouse gas emissions that from the present 40% target by 2030 must be risen to 50-55%. It is a very ambitious goal from which today the European Union is still quite distant. Therefore, in the climate law they invocate both new provisions and the reconsideration of measures already in force to make them eventually more severe. 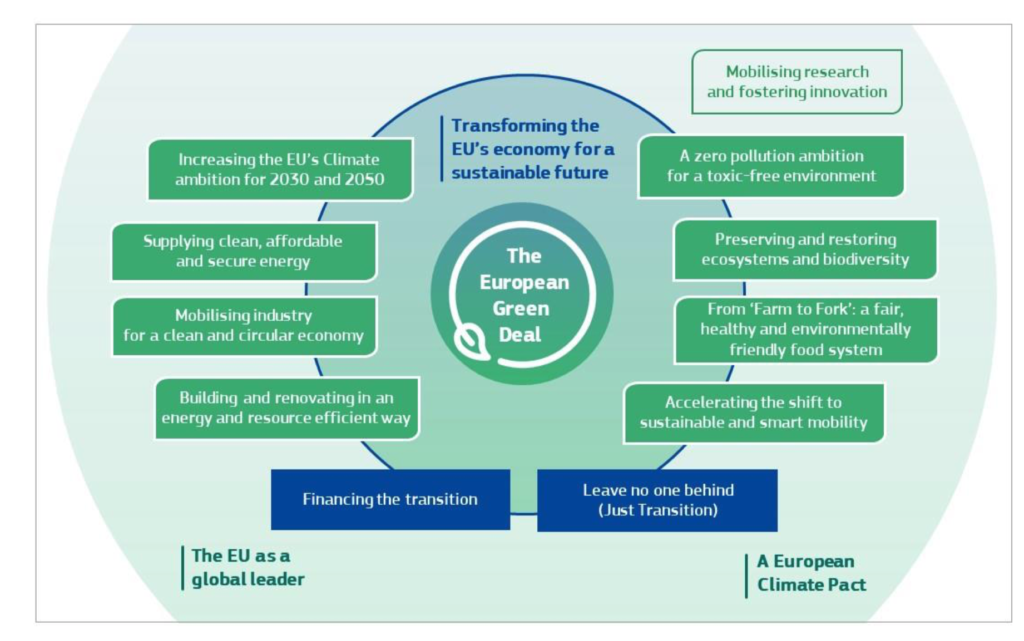 Decarbonizing? Refrigeration can, too!
When we refer to the decrease of greenhouse gas emissions, this implies for the cold sector the reduction of both direct and indirect measures. The first are ruled by the F-Gas regulation, for which a review is already foreseen and it is not excluded that targets will be modified to make them compliant with the new goals of emission reduction.

Concerning indirect emissions, the issue is instead linked with the higher energy efficiency and the decarbonisation of the energy system. If we consider the European Union’s total emissions of greenhouse gases, we can see that about 80% can be ascribed to the energy production.  This because, although the production from renewable sources is rising, the majority of the primary energy in Europe still derives from fossil sources. Even if it does not slowdown the efforts to decrease the direct emissions and the gradual elimination of HFC with high GWP, the cold sector must contribute also in the reduction of energy sector emissions. How? Primarily, with a constant improvement of the energy efficiency, and it is supported in this by the ecodesign directive and energy labelling.

The production decarbonisation can be instead reached through a higher implementation of renewable as primary energy sources. The role that the refrigeration sector can play in the decarbonisation of the European energy system is not secondary, due to the sizes that characterize it. According to Eurostat data, in Europe the half of total energy consumptions can be imputed to heating/cooling. Today heating still plays the lion’s share but different projections indicate a not negligible growth of cold requirements in the next future, growth dictated by various causes including the climatic change and more urbanization. Today in Europe the production of heating/cooling scores 20% out of a renewable production, a higher percentage than the one of other sectors but still with a big improvement potential. 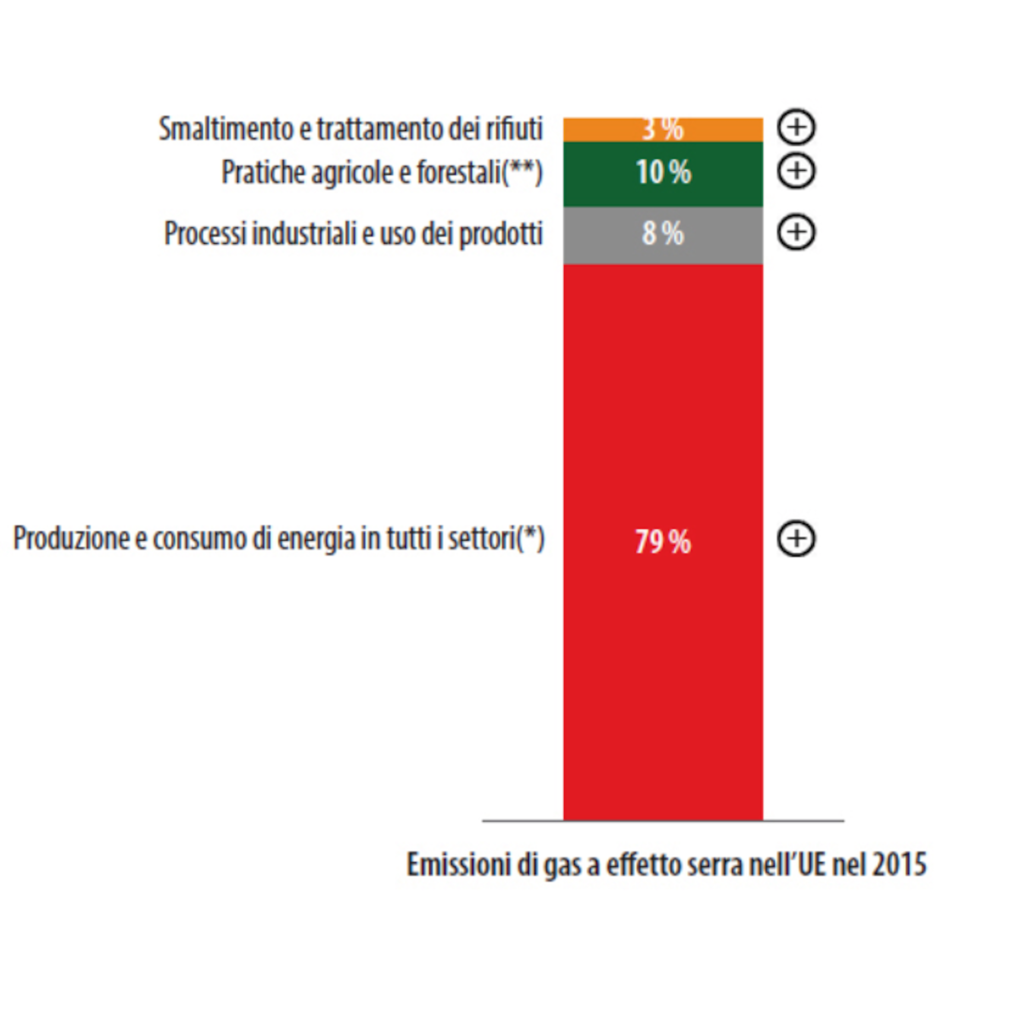 HVACR technologies to decarbonise economy
What technologies would allow the refrigeration sector to intervene, to favour an increase of renewable sources? There are many possibilities, both to increase the direct use of renewable energy and to share in the rise of stocking options and in the stabilization of the electric network. In the first case, we can mention technologies like the solar cooling, the adiabatic cooling, the heat recovery and its use in other networks, the free-cooling and heat pumps. In the second case, we can consider that some structures – like refrigerated warehouses for instance – can become batteries of thermal energy. Let us consider then the different typologies of thermal storage systems, precious because they can be used for both heat and cold and because, technically speaking, the accumulation of thermal energy is more easily implemented than the storage of electric energy. Not only. The possibility of storing the renewable production in excess under the form of thermal energy assures also a contribution in the network stabilization and in the peak shaving, two of the main problems that networks must face today. Finally, thermal energy accumulations can become energy batteries to be used directly on the spot by adjacent structures, without taking energy from the net. It is a solution perfectly tuned with the decentralization principle of the energy production and consumption permitted by the renewable production. An interesting example towards this direction is the European CryoHub project described in the last issue of ZeroSottoZero.

Therefore, cold, and its twin heat, are fundamental elements that must be concretely considered in the implementation of the European Green Deal because they can share in many ways in the decarbonisation of the energy system. 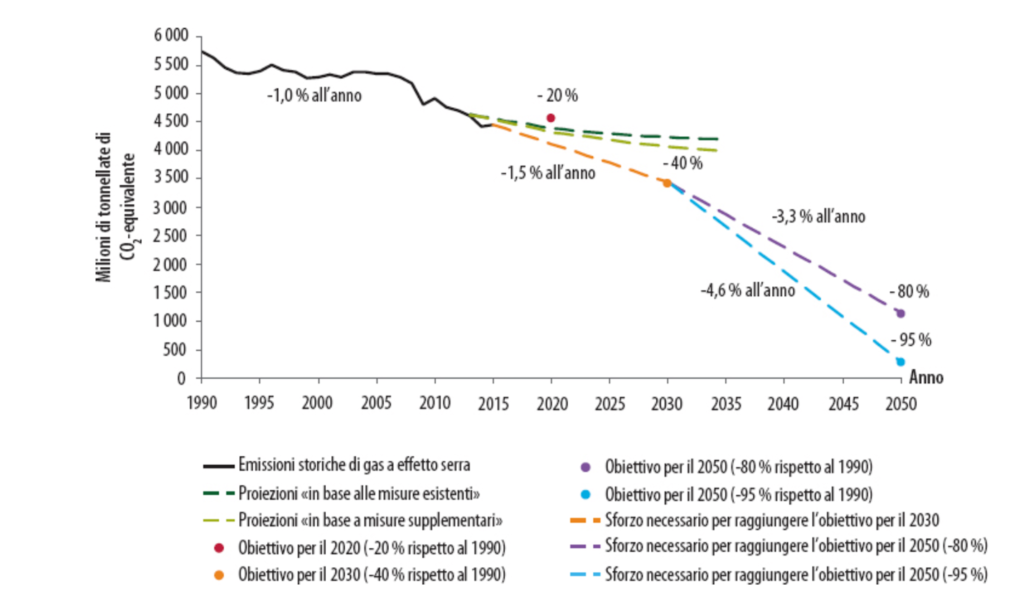 Heat pumps, technology that supports the Green Deal
EHPA European heat pump association supports an ambitious “Green Deal” for Europe, because they believe – we read in one of their press releases – in the urgency of Green Deal targets. In a decarbonisation plan, the heating/cooling sector deserves the same attention as electricity and transports, since it consumes half of the energy produced in Europe and generates 27% of CO2 emissions, the Association affirms. Moreover, the heat pump technology is available, reliable and efficient. Nowadays, the products based on the refrigeration cycle are already everywhere: in the fridge, in the dishwasher and in the dryer, in cooling machines, in industrial applications, in cars (electric) and in many European buildings, where they supply cooling, heating and hot water in flexible manner and “on demand”. The technology’s flexibility potential will allow a faster and broader absorption of the renewable electricity and will contribute in the electric network stabilization. Heat pumps can collaborate to allow the achievement of the targets of energy efficiency, renewable energy and climate of Europe in a more affordable manner.

Anyway, there is something more. Heat pumps are a technology born in Europe. European producers are market leaders in several segments of the value chain of this sector, also on a world scale, and the European research infrastructure is diversified and well developed. Therefore, its development state is an essential base for an even faster transition. «The industry of heat pumps supports a “Green Deal” for Europe. We ask Ursula von der Leyen to acknowledge heating and cooling since the process beginning, because this will be vital for its success» EHPA states. In particular, the heat pump sector asks the European Green Deal defines clear sustainable measures to free the potential of the heating and refrigeration sector towards the targets of renewable energy and energy efficiency through, for instance:

Moreover, it is necessary to make efficacious policies, national and local actions a priority, supported by a complete local planning, to trigger the necessary investments. Granting convenience for all through modernization and quality at affordable prices would favour a massive shift towards more sustainable technologies. Boosting the decarbonisation of heating and cooling by establishing parity conditions among regulatory, fiscal and other types of instruments. Finally, last but not least: setting up a sound strategy for the gradual elimination of fossil fuels.