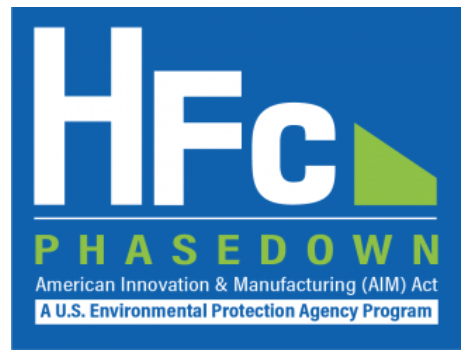 The United States Environmental Protection Agency (EPA) announced it is granting or partially granting 11 petitions that were submitted under the American Innovation and Manufacturing (AIM) Act to restrict the use of climate-damaging hydrofluorocarbons (HFCs) in the refrigeration and air conditioning, aerosols, and foam sectors. EPA will now have two years to propose and finalize rulemakings addressing these petitions and expects the forthcoming rules will provide a clear regulatory landscape that will help the transition to more climate friendly alternatives. Today’s action is an initial step in supporting the phasedown final rule signed by Administrator Michael S. Regan in September.

“Today’s actions are another step forward in advancing President Biden’s commitment to tackle the climate crisis, as we work to phase down and restrict the use of super-polluting HFCs as Congress directed,” said EPA Administrator Michael S. Regan. “In less than a year, EPA has already begun implementing the AIM Act to build a strong foundation, moving the United States away from these climate-damaging chemicals.”

HFCs are extremely powerful greenhouse gases that accelerate climate change, which threatens society with costly health and environmental impacts such as floods, wildfires, drought, and increasingly severe weather events. The bipartisan AIM Act authorizes EPA to address HFCs in three main areas: phasing down the production and consumption of listed HFCs, maximizing reclamation and minimizing releases of these HFCs and their substitutes in equipment such as refrigerators and air conditioners, and facilitating the transition to next-generation technologies by restricting the use of HFCs in particular sectors or subsectors. Today’s action falls under the third authority.

The AIM Act authorizes EPA to restrict the use of HFCs in sectors where they are used, either fully, partially, or on a graduated schedule. To date, EPA has received over a dozen petitions – from companies, industry associations, non-governmental environmental organizations, and states – requesting that the Agency promulgate rules that restrict the use of HFCs in more than 40 subsectors in the refrigeration and air conditioning, aerosols, and foams sectors. Several petitions contain overlapping requests to restrict HFCs in specific sectors; in many instances, the HFC restrictions, sector covered, and transition timeline are identical.

After reviewing the petitions and considering a number of factors as specified in the AIM Act, including the availability of substitutes, overall economic costs and environmental impacts, the Administrator is granting ten petitions and partially granting one petition. EPA is continuing to evaluate the other petitions the Agency has received and plans to respond to those petitions separately. EPA intends to move swiftly to develop a proposal responding to the petitions and will continue to engage with stakeholders as we proceed. Granting a petition does not mean the Agency will propose or finalize requirements identical to those requested in the petition.

On September 23, 2021, Administrator Regan signed the final rule “Phasedown of Hydrofluorocarbons: Establishing the Allowance Allocation and Trading Program under the AIM Act,” which established a comprehensive program to cap and phase down the production and consumption of HFCs in the United States by 85% by 2036.

For more information on the AIM Act and petitions on technology transitions, visit: https://www.epa.gov/climate-hfcs-reduction