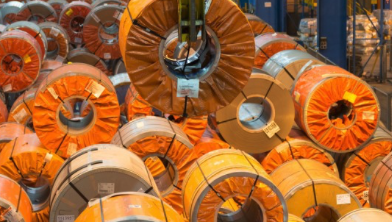 The European FluoroCarbons Technical Committee (EFCTC) welcomes the recent launch of the European Commission’s Industrial Strategy and within it the Long-term action plan for better implementation and enforcement of single market rules, the action plan on the Customs Union in 2020 to reinforce customs controls, including a legislative proposal for an EU Single Window to allow for fully digital clearance processes at the border and the establishment of a new Chief Trade Enforcement Officer.

“We support any and all initiatives that contribute concretely to better border controls in view of stopping the import of illegal imports of hydrofluorocarbons (HFCs). Illegally imported HFCs actively undermine the implementation and desired effect of the EU’s F-gas regulation, and work against the climate efforts of the EU, Member States, industry, the refrigerant value chain and end consumers. Because of the current lack of enforcement at the EU’s borders, Europeans may unwittingly and unwillingly be supporting organised crime and disrupting the effort to reduce greenhouse gas emissions. We must all work together to stop illegal imports. As part of industry’s contribution to resolving this problem we have set up an Action Line to report illegal F-gas products and trade. We have had very good traction with the Action Line so far. In the first ten months alone, 228 reports of illegal activities were received. As the draft action plan suggests, we need better border enforcement to make sure existing EU environmental regulations, such as the F-gas regulation, are implemented effectively and consistently across the EU.”

The F-gas regulation binds industry to progressively reduce HFC consumption through a strict quota system. While producers are committed to this phase-down, illegal HFCs have flooded the European market, undermining the EU’s progress towards its climate goals. Fully enforcing existing regulations is a prequisite to proposing new more stringent regulations.