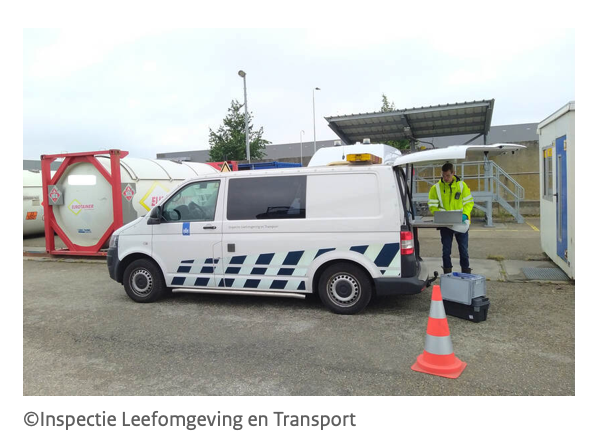 One week of operations coordinated by the Dutch authorities and supported by the European Anti-Fraud Office (OLAF) and Europol resulted in the seizure of at least 2100 cylinders of illicit HFCs – hydrofluorocarbons – for an estimated value of over 10 million euros. Illicit imports of these gases circumvent EU rules and can cause significant damage to climate.

The Joint Inspection Week (JIW) took place from 20 to 25 September. Operations in 16 countries aimed to track down possible illicit imports of so-called F-gases into the EU and identify the importers. Information was systematically shared across national borders – a paramount element to combat trafficking with such international dimensions.

Close to 1700 inspections were carried out during the JIW, leading to seizures for a total of at least 2100 cylinders of F-gases, 7 arrests and the notification of numerous administrative and criminal infringements. The carbon footprint of such quantities of HFCs equals to roughly 142,000 tonnes of CO2.

OLAF Director-General Ville Itälä said: “Fighting the illicit trade in HFC is an active contribution to protecting the environment and to the EU’s ambitious climate goals under the European Green Deal. OLAF has been active in tackling illicit imports of HFCs since 2018 and we have made it one of our operational priorities. Cooperation with national, European and international authorities is key to the success of our activities and the JIW is a good example of that: the results of the operation stem from hand-in-hand work with Europol and the national authorities of 16 countries.”

The JIW was coordinated by the Dutch Ministry of Infrastructure and Water Management – notably the Human Environment and Transport Inspectorate / Intelligence and Investigation Service, ILT-IOD. OLAF and Europol provided their support throughout the operation. The JIW was part of EMPACT (European Multidisciplinary Platform against Criminal Threats), under the Environmental Crime priority. More information can be found in the ILT’s press release.