The decarbonisation of the energy system largely depends on a substantial increase and use of the energy produced by renewable sources. Many of these sources, especially sun and wind, are characterized by a production regime that occurs neither upon order nor constantly

Therefore, it is necessary to face some aspects to assure that the electric provisioning remains secure and stable, even with an ever-rising percentage of energy from these variable sources. Concerning this, an aspect worth considering is the further development of energy storage systems that are sustainable technologically, environmentally and economically. Nowadays, available storage systems are manifold and of different nature: they are electrochemical (standard batteries), chemical, thermal, mechanical and so on. Each of them has its own characteristics in terms of application field, storage duration and quantity of energy that can be stored. One of these systems is the so-called LAES – Liquid Air Energy Storage. It is a not new but relatively promising storage system, to the extent that in 2016 the London South Bank University, together with other partners, gave birth to CryoHub, an important European research and development project to develop a LAES-based storage system with integration of renewable sources, specifically dedicated to refrigerated warehouses.

LAES systems are included in the big group of systems based on cryogenic gases and operate according to a relatively simple principle:

It is a storage system halfway between mechanical and thermal systems, in the same group of hydrogen systems, or SynGas or compressed air, in terms of storage duration and energy quantity that can be stored; this system can accumulate energy for at least some hours but it can be probably extended to some days. The transformation efficiency is increased if, besides operating a current generator, you can recover the thermal energy released during the gasification process. Moreover – and this is the issue of CryoHub project – if you use renewable energies to liquefy air, not only the system balance improves in terms of CO2, emissions but you share in balancing the network in the times of higher production of renewable energy. CryoHub project precisely studies this technology applied to the energy requirements of refrigerated warehouses. As previously said, the system analysed in the project is a particular application of CES, where the liquefied and regasified gas is composed by air, hence the name LAES – Liquid Air Energy Storage. In this case as well, air is liquefied in phases of energy production excess and regasified in situations of need. The recovery of thermal energy wastes can support heating or cooling systems. Integrating a LAES system into a refrigerated warehouse means improving the carbon footprint of the food chain and relying on an energy battery on the spot. As explains Judith Evans, coordinator of the project at the Engineering School of the London South Bank University: «We must plan these systems very attentively, so that they can reach the commercial maturity and the right efficiency in terms of energy input/output». Anyway, these systems certainly provide numerous benefits, like for instance:

Why has the project chosen precisely this storage typology? Judith Evans explains: «Among the various existing storage systems, it is fundamental to study the characteristics of each with regard to the situation of its application. We have chosen LAES for not only the storage time and the quantity of energy that can be stored but also and especially for the possibility of integrating it with local renewable energies. The aim of our project is in fact using local renewable energies to liquefy the gas and to use it as energy source for the local network». 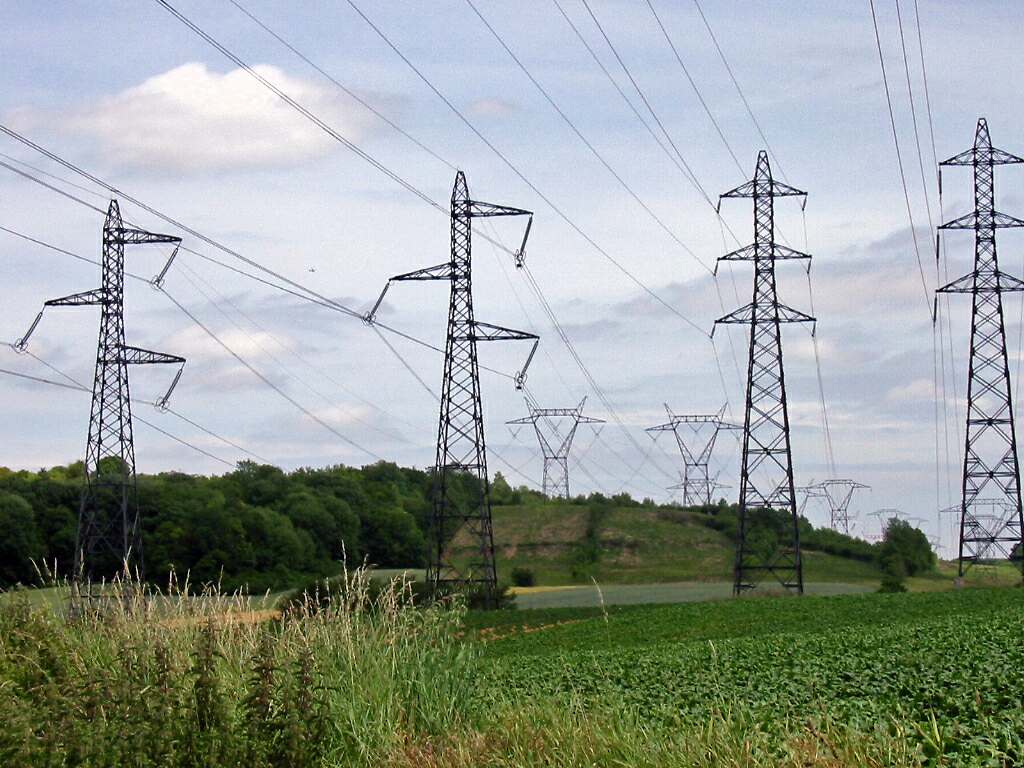 Why the interest in refrigerated warehouses?

The food sector is responsible for 30% of the global energy consumption. Today the main source for sector energy requirements is of fossil origin. In the next future, we expect a growth of structures for the food conservation at controlled temperature on a global scale, because today about 9% of agricultural products is lost owing to the shortage of a cold chain. For this reason, reducing this percentage is one of ONU’s targets for the sustainable Development. Therefore, three factors justify the interest in a research of alternative systems to fossil to cool food warehouses:

Besides, refrigerated warehouses need big cooling powers, thus sharing in creating load peaks of the electrical network. The possibility of using previously accumulated energy would aid in avoiding these net loads. Finally, the integration of these storage technologies in refrigerated warehouses would be an innovative way, still unexploited, to favour the sector’s energy transition towards renewable sources and towards higher efficiency.

Cryhohub project is a European Horizon 2020 project that lasts 54 months. It started in 2016 and its accomplishment is expected at the end of the current year. The main target is “developing a system of CES for refrigerated warehouses as alternative to integrate renewable energies in the food refrigeration and developing the network sustainability”.

It is achieved through a series of steps, like:

Considering the European Union in its whole, the studies carried out in CryoHub suggest that the South and West States of the territory, having a bigger number of refrigerated warehouses, bigger cooling requirements and a high production of renewable energies, might most benefit from a system like the one proposed in CryoHub. However, researchers underline that all Countries with a high renewable production might take advantage of the proposed system. The adoption of renewable energies is likely to rise, likewise the CO2 emission from the food industry is expected to grow. Therefore, there are potential advantages provided by the integration of the two sectors and CryoHub is a possible integration model. Will it be possible in the future to transfer this model to other cold structure typologies, too? Judith Evans explains: «Yes, probably. And it would be ideal to use each source of thermal wastes, wherever available».

Frigologix, one of the leader specialists in the cold chain in France and in Belgium, has joined the project as industrial partner and has accepted of becoming the site for the installation of CryoHub pilot project. «Frigologix is an ideal partner for this project, due to its commitment to the constant research of new modalities to optimize the energy consumption in the cold chain» professor Judith Evans declares.

Reinier van Elderen, director of Frigologix, stated: «Energy is one of our main cost factors. This, combined with our vision of leaving a greener world to the next generation, has induced us to decide of paying utmost attention to our energy consumption in recent years. We believe we need the joint effort of universities, enterprises and government to develop new innovative technologies in our activity field, too. This is the reason why we have taken part in CryoHub project».

In 2011, Frigologix installed solar panels with a power of about 1 Megawatt.

Together with one of its primary customers, it manages a cogeneration plant to produce energy and it is working at the development of a local smart net. Frigologix’s energy consumptions are very high and amount to around 5 million kWh/year. One million is self-produced through the photovoltaic plant and the remaining 4 are produced by the cogenerator. Currently Frigologix, in the site that hosts the pilot plant, has a capacity of 40,000 frozen pallets and of 5,000 fresh pallets, 8 cells at low temperature and 1 at average temperature. Within 2025, they are planning an expansion of the area to host a bigger number of frozen pallets. Clearly, the energy demand will increase, too, and it is expected to reach 9 million kWh/year. Besides the warehousing activity, the site includes also activities like the distribution of fuel for trucks, a packaging zone and a zone for the container cooling at controlled temperature. The LAES plant that will be installed at Frigologix in the context of CryoHub project is relatively small and it will not satisfy the real requirements of the warehouse. It will produce around 100kW of electricity and 130 kW of cold, but its value is mainly demonstrative «The target is proving that a similar system can work», Judith Evans affirms.

An important goal pursued by CryoHub is the use of renewable sources to create a storage battery of liquid air. The target is in tune with the European economy’s decarbonisation programme, to be reached through a higher diffusion of renewable energies, too.

The decarbonisation of the European economy should be seen not only in environmental terms but also as the need of decreasing the use of fossil fuels to improve the energy independence and the provisioning security.

We should not forget, in fact, the European Union’s percentage of energy dependence on third Countries is by 55% approximately. The dependence rate shows how much an economy depends on imports to satisfy its energy requirements. The Third Countries from which the Union imported most of its primary energy sources in 2017 were the following:

What is the answer to the independence need? We might certainly answer as follows: the increase of self-production. Besides, to do that without worsening the climatic crisis and decarbonizing economy, renewable energies are one of the few possible solutions.

Renewable energies allow Countries not only to strengthen their energy security but also to reach a higher independence by exploiting indigenous energy sources that each Country owns and implementing a local economy. Most Countries will be able to reach the energy independence by better developing a renewable economy: they will attain higher energy security and more freedom of taking the energy decisions that suit their situation. Since some forms of economically feasible renewable energy potential is available in most areas, the Countries that at present strongly depend on fossil fuel imports will be able to use renewable energies to obtain strategic and economic advantages. Due to this reason, the target of CryoHub project is even more innovative: it studies new storage systems that share in the sector decarbonisation and in finding energy independence ways. This is food security, too!