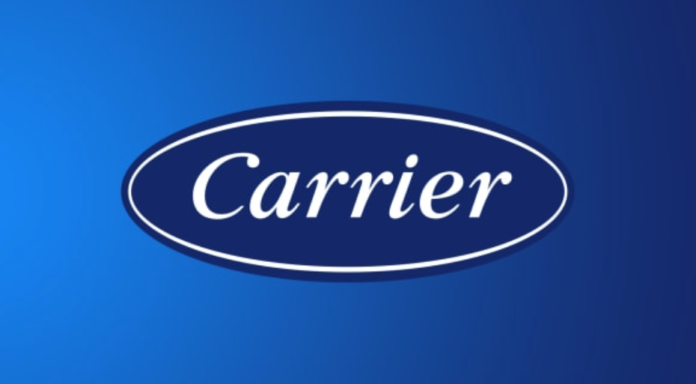 The Board of Directors of Carrier Global Corporation has elected David Gitlin as its Chairman, effective immediately upon his election at the 2021 Annual Meeting of Shareowners on April 19, 2021.

Gitlin will serve as Chairman and Chief Executive Officer, succeeding John V. Faraci who has served as Executive Chairman since the company separated from United Technologies (since renamed Raytheon Technologies) in April 2020 and who will continue to serve on the Board upon his election at the Annual Meeting. The independent directors also designated Jean-Pierre Garnier to continue in the role of Lead Independent Director upon his election at the Annual Meeting.

Gitlin, 51, has been President and CEO of Carrier since June 2019 and a member of the Carrier Board since the separation in April 2020. Before joining Carrier, he was a 22-year veteran of United Technologies and held numerous senior positions, most recently as President & Chief Operating Officer of Collins Aerospace Systems and as President of UTC Aerospace Systems.

Mr. Faraci, speaking on behalf of the Board of Directors said, “Through the spinoff and transformation of Carrier into an independent, publicly traded company and throughout the COVID-19 crisis, Dave has demonstrated remarkable leadership in the face of these extraordinary challenges.” Faraci continued, “Combining the role of CEO and Chairman underscores our confidence that Dave has the requisite vision, experience and business acumen to lead the Board as well as the company as we implement our growth strategy.”

“I am honored and energized by this new opportunity, and I want to thank John for his outstanding service as executive chairman,” said Gitlin. “I value John’s mentorship, and I am pleased that he will remain on the Board so that we can continue to benefit from his understanding of Carrier’s business and the industry, his excellent judgment and from his extensive experience as a public company director and former CEO.”

Gitlin continued, “I am also pleased that JP Garnier will continue as the Lead Independent Director. JP’s sage counsel, mentorship and guidance, extensive experience and background, and similar understanding of Carrier’s business and the industry is invaluable.”