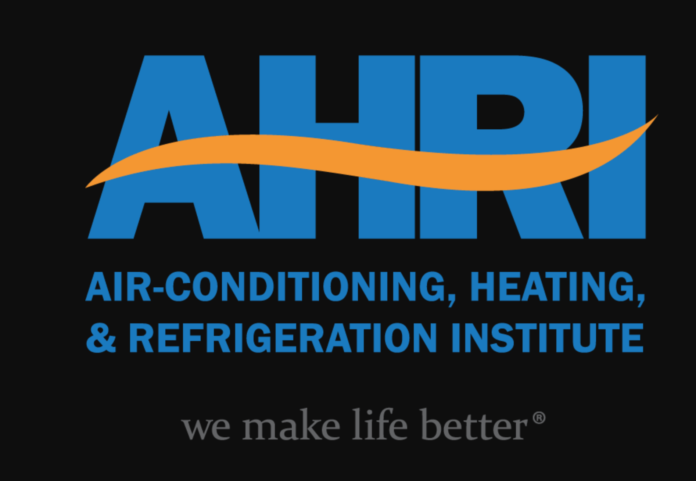 In a letter sent on October 8th to the leadership of the House Energy and Commerce Committee and the Senate Environment and Public Works Committee, 32 members of the Air-Conditioning, Heating, and Refrigeration Institute (AHRI) and the Alliance for Responsible Atmospheric Policy, urging support for proposed federal legislation to establish a national structure for the phase-down of hydrofluorocarbon (HFC) refrigerants.

Noting that «U.S. companies that produce and use fluorocarbons have been preparing for a transition from HFCs for more than a decade, investing billions in R&D to be the first to bring to market next generation fluorocarbon products and equipment», the letter expresses concern that while «American companies have led the world in fluorocarbon technology development for decades…that leadership – and the advantages it confers to the U.S. economy – is jeopardized by the lack of a federal policy for HFCs. The letter warns that inaction on the part of federal policy makers would result in “foreign competitors…poised to fill the technology void and displace American companies in a global fluorocarbon market expected to reach $1 trillion in size».

«Federal legislation phasing-down HFCs represents a chance to put America first, and to keep American workers at the forefront of this important global industry,» the letter states, noting that, «A recent industry economic study showed that a new federal standard for the phase-down of HFCs would create 33,000 new U.S. manufacturing jobs, add $12.5 billion per year to the U.S. economy, and expand U.S. exports in this sector by 25 percent. Failure to do so will cost U.S. businesses and jobs».

The Air-Conditioning, Heating, and Refrigeration Institute (AHRI) is the trade association representing manufacturers of air conditioning, heating, commercial refrigeration, and water heating equipment. An internationally recognized advocate for the industry, AHRI develops standards for and certifies the performance of many of these products. AHRI’s 300+ member companies manufacture quality, efficient, and innovative residential and commercial air conditioning, space heating, water heating, and commercial refrigeration equipment and components for sale in North America and around the world.