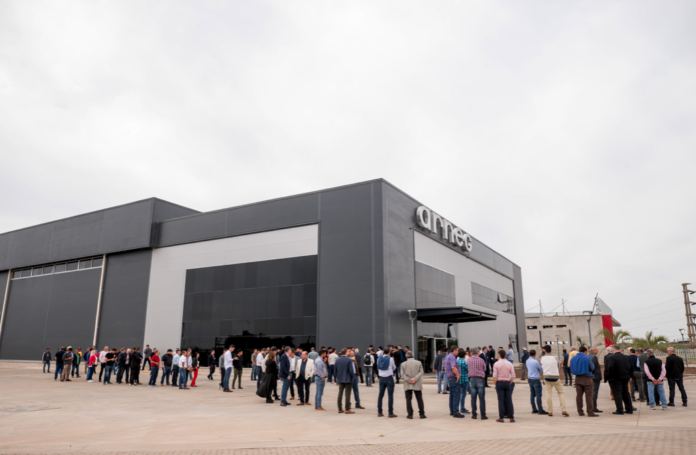 After several years of work, effort, and large investments, our subsidiary At the end of October, Arneg Argentina has inaugurated its second and new production plant in the city of Alvear in the province of Santa Fe.

The inauguration event was attended by the General Manager of Arneg Argentina, Carlos Pasciullo, all employees of the subsidiary, customers, and suppliers. In addition, the mayor of the town of Alvear was present, Carlos Pighin.

The new plant, which covers 12,000 sqm on a 70,000 smq site, represents a new milestone for Arneg Argentina, which with this facility doubles its offer of isothermal panels from three to six production lines.

Sincere congratulations to our subsidiary, which continues to believe and invest in its country, pursuing sustainable goals with a view to a circular economy!