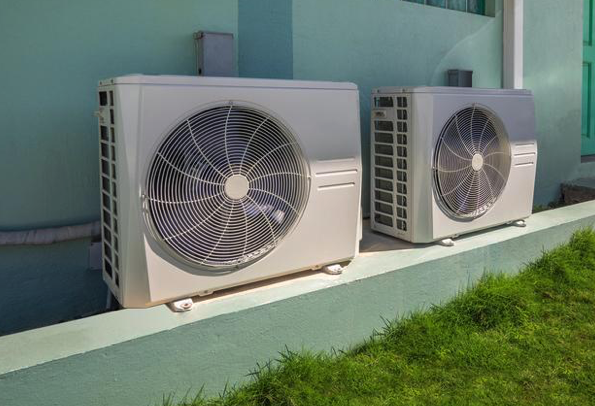 Sponsored by Rep. Joe Fitzgibbon, this measure sets a maximum limit or, global warming potential (GWP), threshold on the HFCs used in stationary air conditioning and refrigeration, and mandates that a refrigerant management program be created to combat HFC releases from large existing sources.

Using HFC alternatives in air conditioning and refrigeration equipment is critical and Washington is not alone in its pursuit. California recently adopted similar measures. Environmentalists and industry alike have asked EPA to adopt GWP limits for air conditioning and refrigeration equipment, modeled after California’s. Senators Dianne Feinstein and Alex Padilla (both D-Calif.) also called on EPA to use California’s regulations as a model.

Still, Washington has emerged as a leader in combating HFC emissions and its actions show how states are raising the ambition for federal action. States have been essential in advancing HFC action and are now carving a clear and ambitious path to not only implement but potentially accelerate the HFC phasedown nationwide.

HFCs (hydrofluorocarbons) are extremely potent climate warmers—once released into the atmosphere they are thousands of times more potent at trapping heat than carbon dioxide. HFCs and their ozone depleting predecessors (CFCs, HCFCs) were commonly used as coolants in air conditioning and refrigeration. These refrigerants are circulating within existing systems like supermarket and commercial air conditioning equipment. A fraction of their charge is released each year because of leaks, servicing practices or system failures.

Best practices to minimize unnecessary releases from large cooling equipment can go a long way in ensuring that those harmful chemicals don’t reach the atmosphere. These practices will soon become a requirement through Washington’s refrigerant management program mandated by HB 1050.

HB 1050 calls on industry to supply Washington state’s consumers and businesses with the newest, climate-friendliest air conditioning and refrigeration technology available. Refrigerants used in air conditioning equipment must have a GWP no higher than 750. The measure comes into effect on:

Washington State will need to update its building codes to the latest safety standards to allow for the use of the alternative refrigerants HB 1050 requires that building codes are updated prior to the regulations. HFC legislation enacted in 2019 had already mandated a series of building code updates.  This year’s measures will require additional amendments to the building codes, and we look to Washington to demonstrate the same leadership that has brought the state at the forefront of HFC action.

The newly enacted measures reduce the state’s reliance on these harmful climate warming gases at a critical moment. In December 2020, the U.S. Congress enacted the American Innovation and Manufacturing (AIM) Act which will phasedown the supply of HFCs over the next 15 years. The U.S. Environmental Protection Agency (EPA) is tasked with implementing the phasedown and has already proposed a detailed rule.

The phasedown will result in increased competition among HFC users. Washington is not only demonstrating climate leadership but also clear foresight. Its law makes sure that consumers and businesses transition to better alternatives in a predictable manner. These necessary steps will make Washington the most well-prepared state to comply with the forthcoming nationwide HFC phasedown.