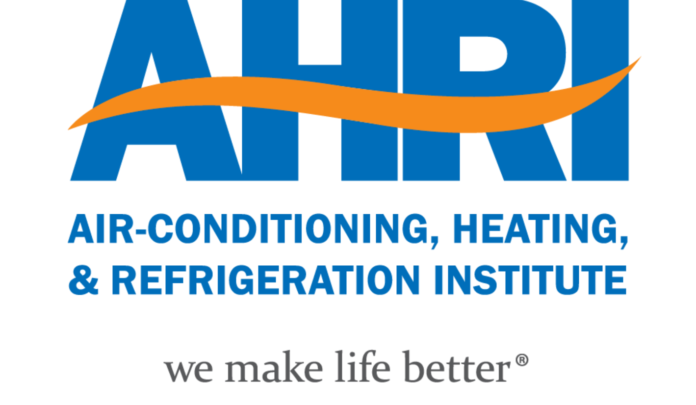 The Air Conditioning, Heating, and Refrigeration institute (AHRI) today joined more than 35 other industry and environmental organizations in petitioning the U.S. Environmental Protection Agency (EPA) seeking uniform national standards for stationary air conditioning and commercial refrigeration equipment in the transition to climate-friendly refrigerants under the American Innovation and Manufacturing (AIM) Act. If promulgated, these standards will result in an additional half billion tons of CO2 reduction over and above what already is projected to be achieved by implementation of the AIM Act.

For new residential and light commercial central air conditioning equipment, the AHRI petition seeks a regulation requiring that equipment manufacturers use refrigerants with a global warming potential (GWP) of 750 or less in equipment made after January 1, 2025, with the exception of variable refrigerant flow (VRF) equipment, whose deadline would be January 1, 2026. These transition dates would align the country with the dates adopted in December 2020 by the California Air Resources Board (CARB) and nine additional Climate Alliance states.

For commercial refrigeration and chiller equipment, the petition seeks the GWP limits and transition dates according to the table below:

Through these petitions, AHRI and a broad variety of other stakeholders hope to demonstrate that sufficient consensus already exists and that a regular notice and comment rulemaking would adequately represent all material interests, thereby allowing the agency to forego the negotiated rulemaking process it must consider — but is not required to undertake — for such petitions, pursuant to the AIM Act.

The AHRI petition emphasizes that, as a general matter, “the U.S. HVACR industry already is proceeding with the requested transition date as its goal; granting this petition provides order and structure to the market and streamlines industry preparation.”

The transition dates contained in the AHRI petition allow “sufficient time for careful planning and preparation, both to avoid excessive costs that can unduly burden consumers and to ensure all safety and other associated standards can be met,” according to the petition. “For example, contractors and technicians must receive appropriate training, state and local building codes must be updated and changed, and supply chains and distribution networks must be modified.”

“While AHRI has long believed that an earlier transition would not allow enough time for manufacturers to prepare, we have been equally clear that a later transition date would put long-term compliance with the AIM Act at risk,” said AHRI President & CEO Stephen Yurek. “Aligning these dates also reduces costs for consumers and ensures long-term availability of energy-, environment-, and life-saving refrigerants for climate control and for the cold chain for food, vaccines, and other medicines.”

AHRI, the U.S. Department of Energy, CARB, and other stakeholders have invested more than $7 million in research into alternative refrigerants in preparation for this transition. These more climate-friendly alternatives are in use today in Europe, Australia, Japan, Thailand and in more than 90 percent of new passenger vehicles currently sold in the United States.