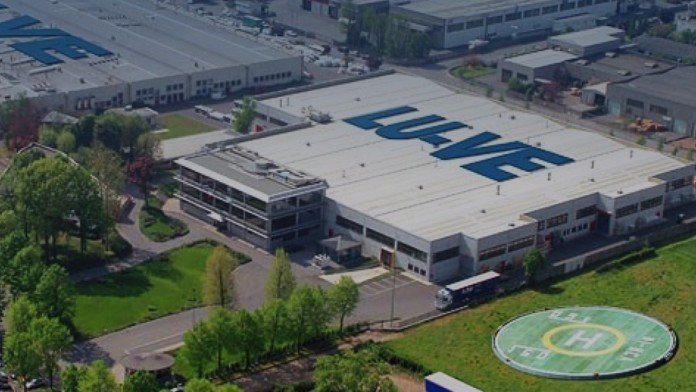 LU-VE Group announces that its President, Iginio Liberali, has been awarded the Gerolamo Cardano 2022 International Prize, now in its 34th edition, for the entrepreneurial commitment with which he has been able to give life to a highly innovative company,  constantly engaged in research and development activities and in which  human capital and sustainability  have a key role.

The prize named after Gerolamo Cardano (Italian doctor, mathematician, philosopher, and academic) is awarded by the Rotary Club Pavia – District 2050 and is awarded every year to those who have expressed with their studies and their activities contributing greatly to the Progress of Human and Experimental Sciences and  Free and Applied Arts. The award is given on a criterion of alternation between the Sciences and the Arts in the name of the celebrated personality of the past who honored the culture of the city of Pavia. In recent years, personalities such as Sergio Pininfarina, Philippe Daverio, Pupi Avati, Gianfranco Ravasi, Angelo Panebianco, Alberto Quadrio Curzio, Ilaria Capua and others have been awarded.

The 2022 edition joins the name of the President of LU-VE Group Iginio Liberali with that of Vittorio Necchi, entrepreneur from Pavia and creator of the homonymous brand that in the first decades of the last century was a leader in Italy in the sewing machine market. Vittorio Necchi was a pioneer of  corporate welfare in our country thanks to the “Necchi Scholarships” intended for the deserving children of the company’s employees. LU-VE Group has inherited and handed down the commitment to the training and education of young people and for 20 years has been active in a system of scholarships awarded to the most deserving children of the coworkers. In 2021, 58 young people benefited from the  “Ermanno and Chiara Liberali” Scholarship.

In her laudation, Antonella Zucchella, full professor of Economics and Business Management at the University of Pavia, said: “Iginio Liberali is an excellent example of Italian entrepreneurship: starting from his training in the Pavia area, he built up an industrial group with offices in different countries around the world, recognized as being among the leaders in the sector, with over 4,400 employees (of which over 1,300 in Italy). The history of LU-VE Group speaks of its founder, who instilled in the organization a strong system of values, such as social and environmental sustainability, attention to human capital, inclusiveness and innovation. Iginio Liberali was a forerunner of modern managerial theories, from CSR to stakeholder theory, to open innovation”.

Iginio Liberali, President of LU-VE Group said: “I am honored to receive this recognition and to have my name associated with an entrepreneur of the caliber of Vittorio Necchi, who by his activity gave a strong boost to the development of the Pavia area, managing to make it competitive internationally. If there had been no Vittorio Necchi, today there would probably be no LU-VE Group: thanks to the innovative corporate welfare system created by Necchi – where my father was employed as a factory worker – I had the opportunity to study and consequently to build up my entrepreneurial history later. LU-VE is therefore linked to the city of Pavia and today contributes in turn to the well-being of the territory through TGD – Thermo Glass Doors of Travacò Siccomario (PV). I dedicate this recognition to the women and men of LU-VE Group, especially those who participated in the LUcky VEnture at the beginning. The commitment and passion for our work remain the viaticum for our future”.