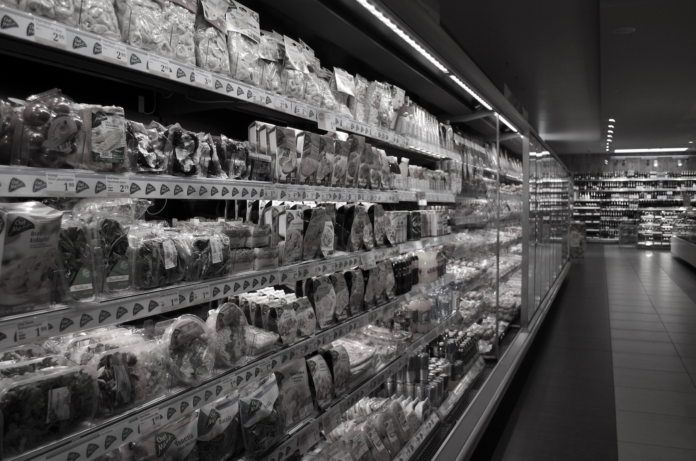 Kigali amendment to Montreal Protocol, which aims at reducing the production and the consumption of hydrofluorocarbons (HFC), will exert significant impacts on developing Countries, where the shift from HCFC to HFC or to alternatives with low GWP is still in progress. We do not expect instead particular effects on the European Union and its member States, which have already undertaken actions to reduce HFC and GWP of refrigerants, in compliance with Kigali amendment, adopting the EU 517/2014 regulation in 2014. Consequently, the areas in the world that use HCFC and HFC in their products need technological innovations whereas those nations/companies that own innovative technologies can support others in the passage to solutions with low environmental impact. It is the case of Italy, where many companies have developed advanced technological solutions aimed at mitigating greenhouse effects and at conforming to the EU 517/2014 regulation.

The cue stemmed not only from the international context but also from the results processed by Ispra in the “Study on alternatives to HFCs” published in 2018, (still according to an agreement with Mattm), which dealt with the various technological solutions in general. This study in fact highlighted that Italy is in the forefront by patents and alternative technologies to HFC. Therefore, they have signed a technical collaboration agreement between Ispra and Mattm for the creation of a “Survey of alternative substances and technologies to hydrofluorocarbons (HFC)” that groups the best Italian entrepreneurial realities that hold such technologies in the sectors of refrigeration, conditioning, foams, fixed fire-fighting systems and aerosol.

The survey, initially, was meant as a “desk manual “, of easy consultation, which Mattm would have used on a world scale, in the context of the multilateral or bilateral cooperation, to promote the Made in Italy abroad. Hence the choice of the English language, too. These projects represent an opportunity of employment and development for Italian companies. Dialoguing with the arch. Gabriella Rago – Ispra, the Italian Institute for the Environmental Protection and Research– who, together with other colleagues, has worked at the accomplishment of this survey.

For the identification of Italian excellences in each sector, ISPRA has proceeded with the criterion of examining exclusively 100% Italian companies. However, after a preliminary investigation, it emerged that, unlike all other sectors, in the air-conditioned industry, most of Italian enterprises have been taken over by foreign companies (China, Japan, Sweden and USA). In the vast majority of cases, these investors have left research and development sectors in our Country and nothing changed in factories after the takeover. For this reason, for the conditioning sector we decided examining not only fully-Italian companies but also those taken over by foreign businesses that however still operate in our Country with research, development and production.

Owing to the huge quantities of HFC used, refrigeration was the first sector concerned by the provisions of the regulation on fluorinated gases and the replacement of refrigerants with high GWP with others with low GWP has been already in course for several years. According to the Ozone Secretariat’s classification, refrigeration can be subdivided into the following categories:

Our study has focused on commercial refrigeration, where they have implemented alternatives to HFC and producers have developed and exported innovative technologies. The decision of analysing thoroughly this category was also dictated by the fact the use of hydrocarbons (isobutane, HC-600a) in the production of domestic refrigerators (domestic refrigeration), instead of fluorinated refrigerants, started a long time before the coming into force of the regulation on fluorinated gases and technologies are nowadays consolidated, whereas we have collected scarce information about industrial refrigeration. The international context was then the booster of our research’s birth.

How many companies did you identify, how many did you contact and how many answered to this investigation?

To collect information and to contact the biggest possible number of companies, we carried out a research in Internet, we contacted trade associations and concerned parties, we browsed scientific publications and a list of “F-gas contacts” owned by Ispra, the directory of Mattm and the participation in conventions, too. Afterwards, for the sectors involved in the research (refrigeration, conditioning, foams, fixed fire-fighting systems and aerosol), we organized workshops attended by companies, concerned parties and trade associations. These workshops focused on the possibility of replacing HFC with technologies and/or patents that distinguish Italian products on the international market.

What percentage of the refrigeration sector is represented in this census?

Considering that one company alone represents a good share of the field, we might say 98%, leaving 2% of approximation.

Are there any technologies that are typically Italian and characterize the Italian refrigeration industry?

In the refrigeration sector, stand-alone units are characterized by plug-in units with natural high-efficiency refrigerants and the use of hydrocarbons in all almost all product ranges. For condensate units, the options currently implemented are hydrocarbons and HFO. In centralized systems, technological innovations concern the use of CO2, as alternative to HFC, which in a warm climate finds application in cascade systems with CO2 in the low-temperature cycle and in transcritical systems. Many Italian companies are leaders in the sector: Arneg, Carel, Dorin, Epta, LU-VE, DGM, Enex, Euroklimat, Nova Frigor and SIAD just to mention some of them.

Another feather in the cap of the Made in Italy is the Full Transcritical Efficiency (FTE), a technological solution that has allowed the use of the transcritical booster at all latitudes of Europe, allowing a high energy-efficiency at any temperature and use for all sizes. Concerning water circuits, some leader companies can offer high-efficiency solutions. Our companies stand out on international markets especially for the CO2, technology (components and technological system).

At the conclusion of our investigation, we can deduce that, although Italy is not a producer of refrigerating substances, remarkable is our enterprises’ commitment to the research and development of new technologies in the sectors that use HFC. Unlike the big manufacturers, Japan and USA, in our Country there are world leader entrepreneurial realities in the ambits of refrigeration, conditioning, foams and fixed fire-fighting systems, which dominate international markets due to their innovative technologies, the product customization according to customers’ requirements, to climatic and to local conditions, precisely as if it was a tailor-made dress.

According to what you have surveyed, what is the direction followed by research?

Besides researches on CO2, to solve the problem connected with the drop of efficiency in the Countries with hot climate, various researches and experimentations were carried out in the magnetic refrigeration field. Nowadays, the latter seem an interesting alternative as they offer better thermo-dynamic performances, minor environmental impact, noise reduction and reliability. Despite these very interesting performances, the leap of quality of existing prototypes towards their marketing has not occurred, yet, mainly owing to the need of further research on materials and reduction of implementation costs.

What criticalities did you find in the execution of this first census?

The investigation carried out was the first of its kind on a world scale and some criticalities emerged, mainly linked with the data availability and the shortage of necessary contributions. In fact, companies’ participation in the survey was not the same for all sectors: we noticed a good feedback from refrigeration and fire-fighting sectors, low participation instead from conditioning and foam industries. To reach this result, the work lasted two years and was born on the wake of the previous report, “Study on alternatives to hydrofluorocarbons (HFC) in Italy”, besides the cue given by the international regulatory context. In spite of that, these proceedings represent the first census in Italy on “Made in Italy” alternative technological innovations to HFC and the first attempt to build a preliminary outlook of climate-friendly technologies in the sectors investigated in Italy (refrigeration, conditioning, foams, fixed fire-fighting systems and aerosol).

Will there be a sequel?

The success obtained during the workshop, “Made in Italy alternative technologies to HFC and opportunities for the Italy-system”, held last July 12th2019, aroused lively participation and interest and this lets us hope something will follow and, then, a second census.