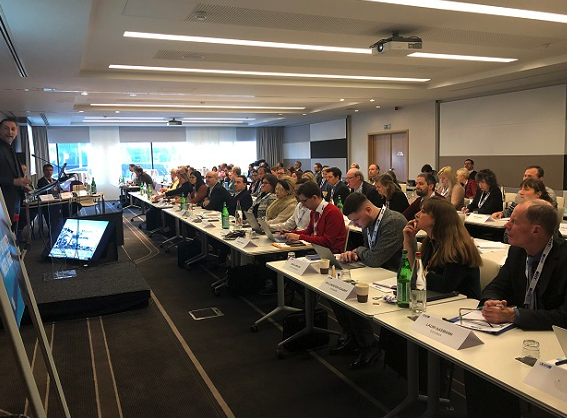 A conference on the fight against illegal imports of refrigerant gases into the EU took place in Brussels on 23-24 January. It was organised by the European Anti-Fraud Office (“OLAF”) in close cooperation with two Commission departments, DG TAXUD and DG CLIMA. The fight against the illegal imports of hydrofluorocarbons (HFCs) into the EU is one of the operational priorities for the European Anti-Fraud Office. It fully matches one of the key priorities of the new Commission: making Europe the first climate neutral continent by 2050, “the European Green Deal”.

Refrigeration is an essential part of everyday life. Food is chilled, frozen, stored, transported and displayed in refrigerated units. Houses, offices, cars, trains, planes are refrigerated. The gases used in refrigeration equipment are often HFCs. These gases were introduced as replacements for ozone depleting substances. HFCs do not deplete the ozone layer but are potent greenhouse gases, often with a high global warming potential.

To address this issue, an EU Regulation adopted in 2014 established a phase-down to progressively reduce the quantity of HFCs placed on the market. Since 2015, the climate impact of the HFCs sold on the Union market has already been reduced by almost half.

The phase-down is having an expected side effect: the market shortage created by the phase-down has increased the price of HFCs. This situation has generated opportunities for parallel trade and the emergence of a black market.

However, the biggest attraction for criminals is the market of counterfeit refrigerants. These are often impure, hazardous and are sold at discounted prices. Trade in counterfeit refrigerants is on the rise and brings adverse consequences: poor performance, costly damage to machinery and equipment and, most worryingly, safety hazards resulting in explosions and loss of human life – some years ago, a number of refrigerated shipping containers, containing counterfeit refrigerant gas, exploded killing several port workers.

The conference brought together representatives from EU industry, experts from the EU national customs administrations and from the ministries of environment. The objective was twofold:

To handle cross-border fraud, customs and environmental authorities as well as industry need to work together with the support of the European Commission.

The fight against the illegal import of HFCs into the EU is one of the operational priorities for the European Anti-Fraud Office. It also fully matches one of the key priorities of the new Commission: making Europe the first climate neutral continent by 2050, “the European Green Deal”.

The conference was funded from the Hercule III financial programme managed by OLAF, which is specifically dedicated to fighting fraud, corruption and any other illegal activities affecting the financial interests of the EU.