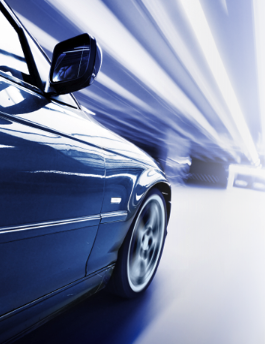 Car and light-truck makers in the U.S. already have switched to more expensive HFO (hydrofluoroolefin) refrigerants from HFCs (hydrofluorcarbons) to meet EPA requirements prompted by global-warming concerns, but similar standards are not in place for commercial vehicles.

INFICON, a global supplier of leak-detection equipment, believes a changeover to HFOs for heavy trucks and off-highway vehicles is inevitable and soon will require the adoption of more stringent AC-system quality-control checks as well.

“Fewer than 20 percent of the heavy-duty trucks, farm tractors and other off-highway vehicles receive thorough leak-detection tests on their AC systems before they leave the factory,” notes Thomas Parker, INFICON’s North American sales manager. “That will have to change in the near future. Newer, more environmentally friendly refrigerants are not only more flammable, but they also can form dangerous acids if placed in contact with water vapor.”

North American production of heavy-duty Class 8 trucks is expected to reach 350,000 units in 2019 with off-highway-vehicle production reaching 130,000 units or more.

Most heavy-duty trucks are equipped with air conditioning, but Parker estimates that today more than 80 percent of all farm combines and tractors, as well as construction, mining and other off-highway vehicles come equipped with AC systems as well.

Parker is quick to point out that HFO refrigerants are more environmentally friendly than the HFCs they replace. Although nearly 10 times more expensive, an HFO’s life cycle in the atmosphere is only about 11 days compared to up to more than 200 years for HFCs.

The newer automotive HFOs also have a rating of just four on an industry-accepted Global Warming Potential (GWP) scale, while HFCs are rated at more than 1,300.

Parker predicts that a change to HFO refrigerants could take from two up to four years once government regulations are in place, although one heavy-duty manufacturer already is making the switch.

While automotive standards are helpful, some industry experts point out that they often don’t fully take into account customer needs in the heavy-duty and off-highway marketplace.

With or without future government mandates, Parker believes truck and off-highway equipment manufacturers will need to prepare for the replacement of HFC refrigerants in the near future and that tighter leak-detection procedures will need to be included in the changeover.

The INFICON executive points out that early leak detection is important at every stage of the manufacturing process, but especially on the final assembly line. He recommends robotic or operator-managed helium-based leak tests for every AC system component, including heat exchangers, AC hoses, connectors, compressors and O-ring connectors.

“In addition, manufacturers should perform a refrigerant-only ‘sniff’ test on the final-assembly line to ensure that engine-run tests haven’t created additional leaks,” Parker adds. “In fact, this offers an opportunity to test for fuel and hydraulic leaks, as well.”