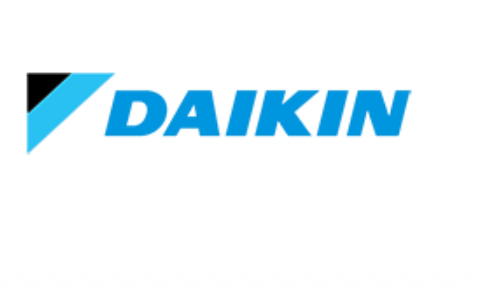 Daikin Chemical Europe selected R-455A to comply with the European F-Gas regulation by adopting a refrigerant with GWP below 150, which is the limit allowed in some commercial applications from January 1, 2022. The addition of R-455A also expands Daikin’s line-up of LGWP high-performing refrigerants, which includes Creard® R-407H, a replacement for legacy refrigerant R-404A.

R-455A is designed to replace R-404A, which is used in most existing refrigeration systems. R-455A can be installed using a range of new refrigeration systems already qualified for use and with which refrigeration contractors are already familiar and trained to provide service. R-455A provides similar performance to R-404A, but offers 96 percent lower global warming potential and greater operating efficiency.

“Our commitment is to provide our customers products that best fit their needs, and we identified R-455A from Honeywell as a safe and efficient replacement for R-404A as used in various applications like the refrigerated food retail segment,” said Tobias Bargsten, Business Manager Refrigerants, of Daikin Chemical Europe. “This product complements Creard R-407H in our product range and allows our customers to comply with stringent F-gas regulations while meeting growing energy efficiency needs.”

“Solstice L40X systems provide long-term environmental improvements and can offer up to 40% capital and 15% lifetime operating cost benefits over alternatives,” said Julien Soulet, vice president and general manager, Honeywell Fluorine Products Europe, Middle East and Africa. “Solstice L40X has been adopted by many OEM producers and is commercially available across Europe. With this deal, Honeywell continues its support to assist the industry in moving towards the future with environmentally preferable and energy-efficient refrigerants.”

R-455A is a mildly flammable, zeotropic refrigerant with an ultra-low GWP of 146, making it both F-Gas-ready and the safest A2L solution for commercial refrigeration applications, including plug-in cabinets, condensing units, monoblocks for cold and freezer rooms, heat pumps and chillers. The refrigerant is qualified for use in many leading compressor technologies, including Tecumseh, Bitzer, Emerson, Boyard and Frascold – with many other compressor and condensing unit OEMs having also approved or in the final stages of testing. When integrated into appropriate system architectures. R-455A provides end users with a long-term, high-efficiency and cost-effective refrigeration solution.