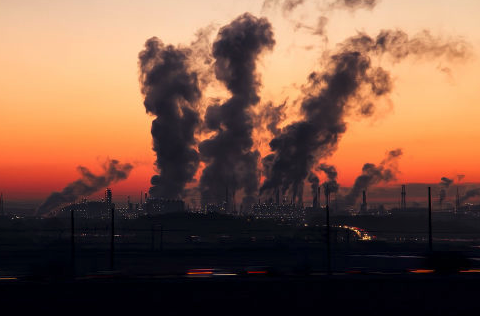 She was referring to details contained in a scientific paper revealing a huge and unexpected spike in the emissions of one of the world’s most damaging greenhouse gases.

HFC-23 is created as an unwanted by-product of manufacturing the refrigerant HCFC-22 and all countries have pledged to ensure emissions are reduced to as near zero as possible.

Perry said: “This is a climate crime of epic proportions. We have 50 coal-fired power plants’ worth of greenhouse gas emissions a year from HFC-23 venting where there should be almost none”.

“This is despite the fact these emissions can be cost-effectively prevented and all major producing countries have undertaken to do this.”

Although the Nature paper does not attempt to geographically pinpoint the source of the emissions, Perry said it is highly likely that China plays a significant role; given it has 68 per cent of global production capacity for HCFC-22 and, as such, is the country most likely to be producing and venting HFC-23 in such quantities. India also has five companies that produce HCFC-22 and could be venting HFC-23, despite a 2016 Government order to ensure all HFC-23 is incinerated.

“Coming on the back of the illegal production and use of ozone-destroying CFC-11 in China, this warrants a renewed effort by China to ensure zero HFC-23 emissions and a renewed effort by the Montreal Protocol to control ozone-depleting substances such as HCFC-22 that are used in the production of other chemicals,” added Perry.

“China, India and all countries with HCFC-22 production need to immediately investigate and verify their HFC-23 emissions.”

HFC-23 already has a terrible reputation after it was revealed that some HCFC-22 producers, primarily in China and India, were deliberately maximising the production of unwanted HFC-23 just to receive carbon credits for its ultimate destruction.

When this was exposed, the European Union in 2011 rejected the HFC-23 carbon credits from its Emissions Trading Scheme to curtail the practice. Both China and India pledged to continue to destroy HFC-23 through national measures, the former in response to receiving $385m from the Montreal Protocol to phase out production of ozone-depleting HCFC-22.

The Nature paper reports on atmospheric measurements of HFC-23 indicating emissions in 2017 were at an all-time high of 15.9 Gg/yr (15,900 tonnes) – equivalent to the annual emissions from about 50 coal-fired power plants.

However, China reported that 98 per cent of HFC-23 production in 2017 was incinerated, implying emissions were under 300 tonnes. India has not reported but has repeatedly referred to its commitment to eliminate HFC-23 emissions.

The Nature paper concludes that either emission reductions reported since 2015 were not successfully implemented, or there is substantial, unreported production of HCFC-22 from which HFC-23 is being vented or a combination of the two.

Perry added: “Following China’s illegal manufacture and use of banned CFC-11, this is yet another major blow to the stability of the planet’s climate. All possible sources of  HFC-23 emissions need to be investigated and eliminated immediately.”

Sustainability, but first of all science!