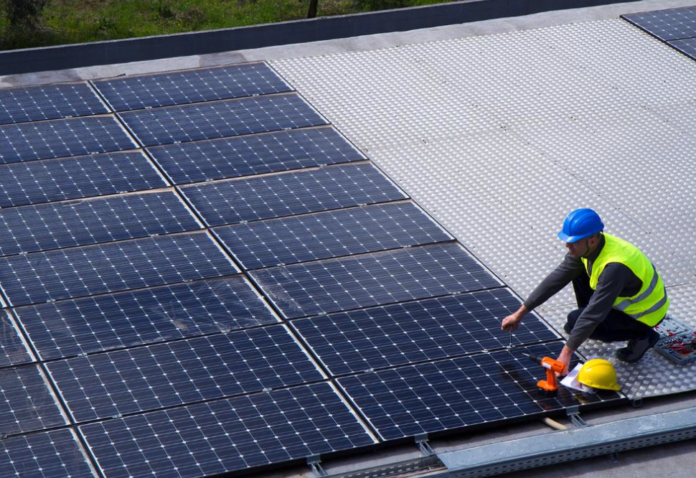 Turning the EU into a climate neutral economy by 2050 will require massive investment in clean energy technologies. Only achieving an interim greenhouse gases reduction target of 40% by 2030 would require €260 billion of additional investment a year, according to the Commission’s estimates.

Where the money will come from

Around half of the money should come from the EU budget through various programmes that contribute to climate and environment projects, for instance through agricultural funds, the Regional Development Fund, Cohesion Fund, Horizon Europe  and the Life programme.

This in turn would attract an additional €114 billion in co-financing by EU countries. About €300 billion worth of private and public investment is expected to be mobilised through InvestEU and ETS funds and another €100 billion should be attracted using the new Just Transition Mechanism, which is designed to support regions and communities that are most affected by a green transition, for instance regions that are heavily dependent on coal.

The mechanism will be based on three pillars: the Just Transition Fund, the InvestEU funding stream and loans from the European Investment Bank backed by the EU budget. All these instruments are expected to attract €100 billion in public and private investment – money that could be used for workers to learn new skills for jobs of the future, support for businesses to create new employment opportunities as well as investment in clean energy and the insulation of homes.

The fund’s investments should especially help those regions that are dependent on fossil fuels, such as coal which still provides about a quarter of EU power generation. The coal sector in the EU employs 238,000 people in directly linked activities, such as coal mines and power plants, in more than 100 European regions  from Poland to Spain. In 2015, there were 128 coal mines in 12 EU countries and 207 coal power plants in 21 EU countries.

Presenting the proposal to MEPs on 14 January, Frans Timmermans, the commissioner responsible for the European Green Deal, said: “It’s a message to coal miners in Asturias, Western Macedonia or Silesia, to the peat harvesters in the Irish midlands, Baltic regions relied on oil shale and many more. We know that you face a steeper path towards climate neutrality and we know that the prospect of a different future – a cleaner one – might be a welcoming prospect in general but the road to it looks daunting today. This Just Transition Mechanism of at least €100 billion is a pledge that the EU stands with you in this transition.”

What MEPs are saying

Siegfried Mureșan (EPP, Romania) called for ensuring that there is enough resources to alleviate the effects of transition. “It also should not affect existing policies – neither cohesion nor agriculture nor research and innovation. It’s an additional priority and should be financed on top.”

“We need to look at the need for fresh funding to underpin this social and ecological transformation,” said Iratxe García Pérez (S&D, Spain). She wants at least 30% of the EU’s next long-term budget to be dedicated to tackling climate change.

Dragoș Pîslaru (Renew, Romania): “I call on all member states to use these tools and focus on investments in the most important resource of Europe – the citizens.”

Niklas Nienaß (Greens, Germany): “We can support this proposal if it stands for a clear and just transition with concrete phase-out plans for all coal regions.”

“It’s not quite clear where the resources are going to come from,” said Gianantonio Da Re (ID, Italy). “The criteria for beneficiaries and how the funds are going to be distributed also have to be resolved.”

Johan Van Overtveldt (ECR, Belgium), chair of the budgets committee, also pointed to the lack of clarity about where some of the money will come from. “We are in favour of a circular economy but against the ‘recycling of funding and money’. We are not in favour of financial adventures.”

The relevant parliamentary committees will now deal with the Commission proposal allowing MEPs to discuss it in more depth and to table amendments to improve it. After this negotiations with the Council on the final text should start.