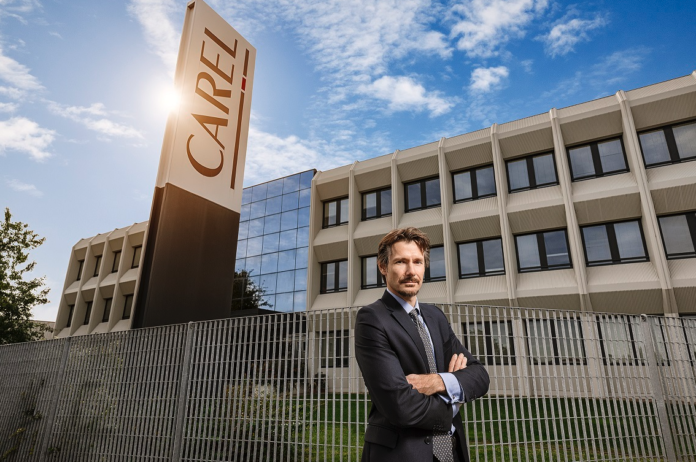 The Board of Directors of the CAREL Industries Group has approved the consolidated results as at 30 September 2020 with consolidated revenues of € 248 million, in continuity with respect to the same period of 2019 (+0.1%, +1.2% at constant exchange rates), and growing compared to the first six months of 2020.

Francesco Nalini, the Group’s Chief Executive Officer, commented: “The results approved today are cause for particular satisfaction for the Group because they were achieved within the extremely complex environment that came into being in 2020. Revenues entered positive territory, despite the temporary shutdown, in February and April, of two of our most important plants, in Italy and China, accounting for approximately 60% of all our production capacity. This is further proof of Carel’s ability to leverage its technological, logistical and strategic characteristics to the fullest and to take advantage of important opportunities, even in less favourable scenarios. This performance reflected positively on profitability, in terms of the ratio of EBITDA to revenues, which stood at 19.6%, exceeding the levels both at the end of 2019 and in the first half of this year. This was due in part to the cost containment initiatives implemented beginning in March, the effects of which were seen primarily in the last two quarters. This earnings performance had a positive effect on the Group’s financial position: net financial debt declined by approximately €13 million, a decrease of 20% compared to December 2019. As always for Carel, a milestone is never an end to a journey but a starting point, and this will also be true in this case: the Group is in fact continuing with the utmost commitment in the implementation of its strategic guidelines in order to further consolidate its development in the wake of innovation and environmental sustainability.”

Consolidated revenues amounted to €248.0 million, compared to €247.7 million in the period ended 30 September 2019, thus remaining essentially stable compared to the same period of 2019 (+1.2% at constant exchange rates). This stability appears particularly positive in the light of the spread of the COVID-19 viral pandemic, which caused a temporary lockdown of the Chinese plant in Suzhou and the production hub in Brugine in the province of Padua, resulting in a significant backlog (cleared in June and July).

The positive results achieved at the level of revenues are due to both the particular flexibility that characterises Carel’s production facilities (a significant portion of Carel’s product platforms can be assembled simultaneously at a minimum of two plants) and the Group’s natural resilience, based on its strong diversification in terms of geographical areas and markets served. This is in addition to its ability to its take advantage of significant opportunities in extremely volatile scenarios, due in part to its impressive sales force of over 400 individuals worldwide, who undergo constant training and understand customers’ needs. The foreign exchange effect had a negative impact of approximately €3 million.

The geographical area with the greatest weight for the Group, EMEA (Europe, Middle East and Africa), which accounts for approximately 72% of its revenues, returned to positive territory, reporting an improved performance compared to the first nine months of 2019, despite the aforementioned shutdown – initially total and then partial – of the Italian production hub. The phenomena underlying this performance, to which the third quarter of the year contributed significantly, relate to the continuation – and in some cases the acceleration – of the trends seen already at the end of the second quarter of 2020: mainly a sharp increase in Carel’s presence in Eastern Europe, which offset a decline in demand in certain industrial applications and in the HO.RE.CA sector.

APAC (Asia-Pacific), which accounts for approximately 14% of the Group’s revenues, declined by 3.8% compared to the same period of 2019, while recovering constantly compared to its performance in the first part of this year (-17.5% in the first quarter and -7.5% in the first half of the year). This was primarily due to a favourable scenario in China, with good performances by certain sectors such as data centres and indoor air quality.

North America, which accounts for approximately 12% of the Group’s revenues, reported a reduction in revenues of 9.0%, a slight growth, though, compared to what reported in the first part of the year. The decline is due to natural consolidation after the sharp increase achieved in 2019 (+20%), in addition to the worsening in the macroeconomic situation linked to the pandemic, which particular regard to the food service sector.

Finally, South America (which represents approximately 2% of the Group’s total turnover) net of the negative foreign exchange effects, reported 4.0% growth, mainly driven by the positive performances seen in Brazil, which offset the negative results in other regions of the geographical area of reference due to the intensification of the COVID-19 epidemic.

At the level of the individual business areas, net of the foreign exchange effect, both recorded positive performances up on both the first half of the year and the first nine months of 2019. Refrigeration posted growth of 1.5% (3.4% at constant exchange rates): the increase in market share in the retail food sector (supermarkets, hypermarkets and convenience stores) more than offset the performance in the food service sector, which remains negative. HVAC narrowed the gap that had opened in the first half of the year and reported revenues essentially in line with the first nine months of 2019 (-0.3% at current exchange rates and +0.5% at constant exchange rates). This result benefited above all from the complete clearance of the backlog that had accumulated during the lockdown of the Italian production hub, in addition to the positive trend witnessed in the high-efficiency heat pumps segment (primarily in Northern Europe), the data centres segment and the hospitals segment (particularly in Eastern Europe and China for the latter). These factors counteracted the downtrend in several industrial sectors (e.g., automotive).