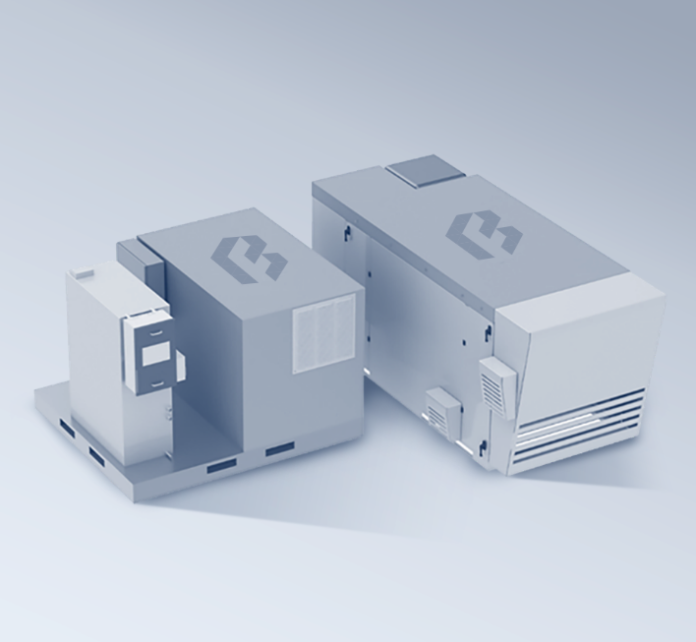 Climate change and extreme heat conditions have led to increased demand for air conditioning, with AC systems becoming the fastest-growing use of electricity in buildings across the world. In fact, electricity use for air conditioning currently exceeds the world’s capacity to deploy renewable energy and storage systems, and yet, no meaningful changes or improvements to air conditioning technology have been made in more than 100 years, until now. Blue Frontier’s AC system reduces electricity use by up to 90% by combining dew-point-style sensible cooling with liquid desiccant dehumidification. The desiccant is recharged and stored when electricity is the cleanest or lowest cost, and later used to deliver cooling when electricity is dirty or costly.

Dr. Daniel Betts, CEO of Blue Frontier, commented, “We are delighted to receive the support of some of the highest-profile cleantech funds who share our vision of driving decarbonization both in the power grid and beyond – into the buildings where we live and work. Our partnership with these sustainable investors enables the immense global environmental impact of our technology – to bring affordable, efficient, sustainable air conditioning with low-cost energy storage to buildings around the world – and to reduce the cost to utilities of supplying carbon-free electricity for cooling.”

In connection with the completion of the funding round, Phillippe Larochelle, Partner at Breakthrough Energy Ventures, Christian Hernandez Gallardo, co-Founder and Partner at 2150, and Kareem Dabbagh, co-Founder and Managing Partner at VoLo Earth Ventures, which also led Blue Frontier’s seed funding round, have been appointed to the Blue Frontier Board of Directors. Brian Mayers, of Breakthrough Energy Ventures, will serve as a board observer.

“Cooling is already a significant part of our global energy consumption and is expected to eventually surpass heating demand,” said Carmichael Roberts, Breakthrough Energy Ventures. “Blue Frontier’s innovation is important because it can provide cooling with higher efficiency but also improved flexibility – reducing overall load and better utilizing renewable energy. This team has also developed compelling pricing models that make it an easy economic decision to swap out traditional systems.”

Christian Hernandez Gallardo, co-Founder and Partner at 2150, mentioned, “As our globe continues to warm, cooling is evolving from a convenience to a requirement, and yet existing AC architecture only exacerbates the problem due to its energy inefficiency and high-GWP refrigerant use. The Blue Frontier technology solves that, and we are proud to be backing Daniel and his team. We look forward to supporting their deployment across the hundreds of millions of square feet of real estate managed by our investor base.”

Kareem Dabbagh, co-Founder and Managing Partner at VoLo Earth Ventures, pointed out, “Blue Frontier’s technology is a game changer for both cooling decarbonization and grid efficiency. Their intersection of novel cooling technology and energy storage enables new opportunities to flatten large afternoon grid peaks in cooling demand, saving money for consumers and utilities. We are thrilled to continue supporting Blue Frontier after leading its seed round last year, as we look to invest our capital into companies that address the planet’s climate crisis while delivering attractive returns for our investors.”

Today’s AC systems utilize refrigerants, which continue to create greenhouse gases 2,000 times more powerful than carbon dioxide, causing air conditioning to be responsible for 5% of greenhouse gas emissions today globally, and the leading cause of blackouts, high electricity bills and fossil fuel consumption. Blue Frontier has the solution to all these critical issues.

The Blue Frontier technology was originally developed at the U.S. Department of Energy’s National Renewable Energy Laboratory (NREL), with Blue Frontier obtaining rights through an exclusive license in 2018. Continued development was undertaken in conjunction with NREL and the Wells Fargo’s Innovation Incubator (IN2) program and prototypes were tested at Oak Ridge National Laboratory (ORNL). Pilot installations in commercial buildings are scheduled for the second half of 2022.  Pre-commercial Alpha unit release is expected in 2023, configured to replace commercial building Rooftop Units (RTUs).

Based in Boca Raton, FL, Blue Frontier is revolutionizing air conditioning for commercial buildings. The company is the developer of patented solutions for hyper-efficient comfort space conditioning, low-cost energy storage, and smart IoT controls to aggregate its air conditioners as distributed energy resources for use as a Utility-Managed Virtual Power Plant.  Blue Frontier’s first product addresses the 5 through 10-ton commercial packaged rooftop air conditioner market with a drop-in replacement offered under an HVAC-as-a-Service subscription-based business model. The company was recognized with the prestigious BNEF Pioneers Award in 2022. For more information, visit: www.bluefrontierac.com.