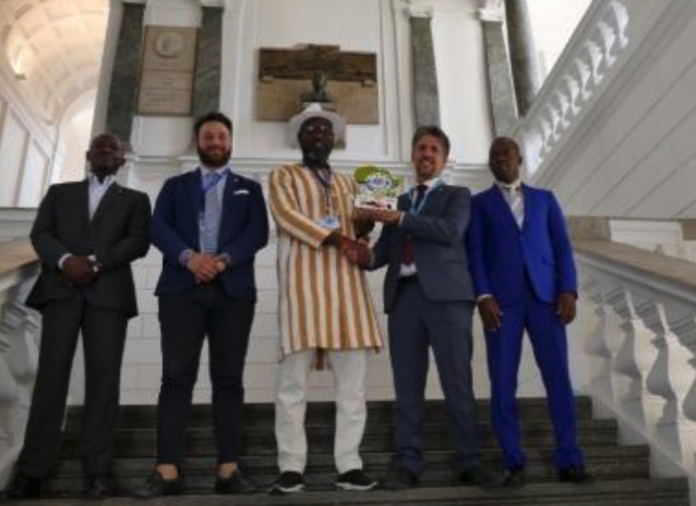 At the Polytechnic University of Milan, alongside the Conference on Friday 11th June a collaboration agreement was signed that will boost Africa’s RAC sector, supporting the continent’s development – focusing on the exchange of resources, training and capacity building.

FAO estimated that in Africa food loss per year concerns approximately 25-30% of livestock products and 40-50% of roots, tubers, fruit and vegetables. The International Institute of Refrigeration (IIF-IIR) declared that in developing countries 23% of food is lost due to the absence of cold chain and proper food storage. Worldwide, 50% of foodstuff could last longer – if well stored.

In many areas of sub-Saharan Africa, the Cold Chain is up to now completely inadequate, if not even non-existent, except for some industries that export their products.

The collaboration between AREA and U-3ARC (the Union of Associations that represents all African Actors in RAC) has deep roots. The Pan-African Association of Refrigeration and Air Conditioning, in fact, was born taking inspiration from the homologous European reality, adapting the idea of ​​a large continental entity capable of supporting and promoting the work of technicians at all levels in all member countries, while acting as a fundamental reference point with which the authorities can interface.

On 11 June, in the framework of the 19th European Conference of the United Nations and Centro Studi Galileo – the leading HVAC/R training institute, the two Presidents Madi Sakandé (U-3ARC) and Marco Buoni(AREA) signed an historical agreement, which marked the beginning of the relationship 2.0 between the European and African RAC sectors.

The Memorandum of Understanding will guarantee great benefits to both associations, with the establishment of new partnerships and exchanges of skills. This includes the willingness to mutually attend events giving presentations, to exchange information on the best practices adopted by their member Technicians, to work together on the development of new standards and the enhancement of training and skills development, of green and energy saving strategies, as well as pursuing the phase down of HFCswith high environmental impact.

The decision to proceed with the signature during the 19th European Conference carried a symbolic meaning: Marco Buoni, being the President of AREA and the Secretary General of ATF (Italian Association of RAC Technicians), is thus Director General of Centro Studi Galileo, for which and since years Madi Sakandé is one of the most appreciated Expert Trainers, being responsible for the Italian branch in Bologna and for numerous courses held in Africa, including in Burkina Faso, his homeland. The Mayor of Casale Monferrato (CSG’s headquarters), Federico Riboldi, who has also collaborated with CSG over the years, was also present at the signature and furthermore in this newly founded union between the two continental Associations.