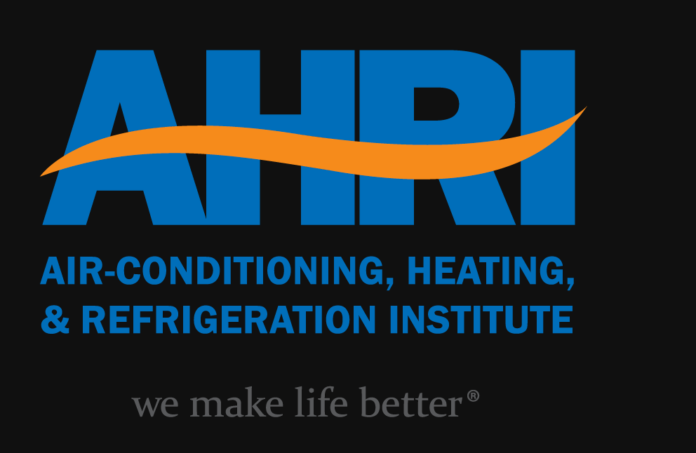 The Air-Conditioning, Heating, and Refrigeration Institute (AHRI) expressed its strong support for bipartisan legislation designed to boost American manufacturing and capture a larger share of the rapidly growing global markets for refrigeration and air conditioning products and equipment.

Introduced today by Sens. John Kennedy (R-La.) and Tom Carper (D-Del.), The American Innovation and Manufacturing Act of 2019 would authorize the Environmental Protection Agency to establish a national phase down schedule for a group of refrigerants known as hydrofluorocarbons, or HFCs, because of their high global warming potential.

The bill’s introduction came after an October 8 letter to House and Senate Committee leadership from the CEOs of 32 HVACR and water heating manufacturers urged support for such a phase down. «Federal legislation phasing-down HFCs represents a chance to put America first, and to keep American workers at the forefront of this important global industry» the letter stated, noting that, «A recent industry economic study showed that a new federal standard for the phase-down of HFCs would create 33,000 new U.S. manufacturing jobs, add $12.5 billion per year to the U.S. economy, and expand U.S. exports in this sector by 25 percent. Failure to do so will cost U.S. businesses and jobs»

«Globally, markets are already starting to move away from HFCs» said AHRI President and CEO Stephen Yurek. «A federal HFC phase down keeps U.S. manufacturers in the driver’s seat during this transition, creating jobs here at home, expanding market share abroad, and stimulating significant investment in the U.S. economy».

«Our industry has invested billions of dollars in the research necessary to develop the next generation of refrigerant technologies, which we’ve performed in concert with partners such as ASHRAE, the Department of Energy, and the California Air Resources Board» said Yurek. «This legislation makes good on that investment, creating regulatory certainty for manufacturers and helping those companies that are bringing to market the next generation of refrigerants that are vital to the health, safety, comfort, and productivity of the American people».

The U.S. heating, ventilation, air conditioning, and refrigeration (HVACR) industry began advocating for an HFC phase down a decade ago, while it simultaneously began a comprehensive research program to identify the next generation of refrigerants.

«We appreciate the leadership of Sens. Kennedy and Carper in introducing this legislation and helping create greater predictability as manufacturers prepare for the transition to more environmentally friendly refrigerants» Yurek said. «It is our hope that the Senate will move expeditiously on this bill and that the House will shortly follow suit so that this transition can begin in earnest»

Carrier Global Corporation Appoints Beth Wozniak to its Board of Directors