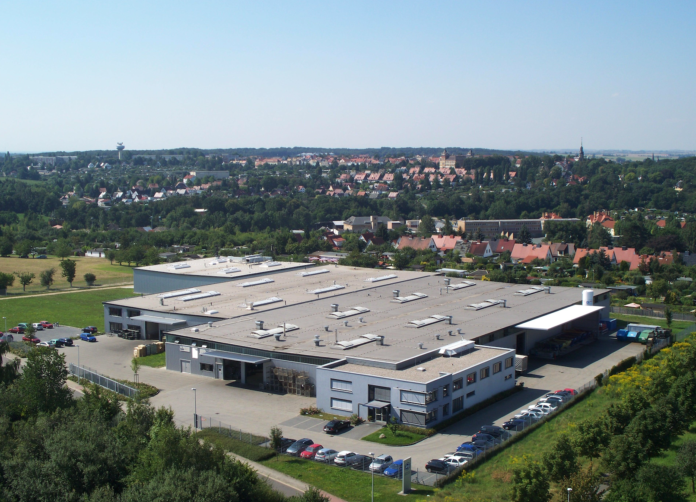 With a wealth of experience in water piping fittings, the two masters Gustav Mock and Wilhelm Krumsiek established Mock & Krumsiek in Altenburg on 21. November 1879. Their inventive genius and entrepreneurial talent quickly earned them a good reputation amongst their customers. The expansion of their product lines from water piping to fittings for vapour, gas, petrol, oil, coffee machines and beer resulted in steady growth. In 1886, this culminated in a new three-storey building with a boiler unit, a steam engine and a metal foundry. Expansions were made in 1912 and 1917.

The founders made a special effort to use modern housing and seal materials, to build for high flow rates and to ensure 100 per cent pressure and tightness testing. Their already strong commitment to customer wishes was underlined by around 10,000 individual part models by 1929.

From the turn of the century to modern times

The Second World War led to dispossession in 1948 and a focus on small fittings for refrigeration and air conditioning in VEB Armaturenwerk Altenburg. Its reprivatisation as MBO by 19 dedicated employees led by the engineer Jürgen Dobmeier and business economist Ursula Kutzke in 1992 was followed by its acquisition by Karl-Fritz Jordan in 2002. With its focus on fittings and accessories for refrigeration compressors and refrigeration system construction, the 2000s were characterised by a strengthening of customer relations worldwide, product diversification and the integration of the companies FAS from Hamburg and Hans Nobis from Cologne.

AWA moved away from the city to the ‘Am Weißen Berg’ industrial area in 2002 in order to expand its production capacity. It now has a production area of 9,900 m² with its own electroplating shop. AWA has been part of the BITZER Group since 2013. This concentration of industrial expertise and close collaboration has produced numerous new developments. The global use of AWA fittings and accessories has since expanded significantly in the international BITZER network.

High vertical range made in Germany

Today, 200 employees work in manufacturing, administration and development in a factory which remains deeply rooted in Altenburg in Thuringia. Due to high vertical range, products pass through mechanical production, assembly, soldering and glass furnaces, the welding workshop, the in-house electroplating workshop and strength and tightness tests. With a consistent focus on lean processes and quality assurance in accordance with ISO 9001:2015, this guarantees short processes under one roof and ensures AWA’s own high quality standards.

Just like the founders Mock and Krumsiek, everything AWA does remains centred on the success of the customer. International compressor manufacturers as well as global system integrators and wholesalers value AWA’s expertise and solutions to meet today’s challenges with natural refrigerants such as CO2, NH3, HFOs, flammable refrigerants and refrigerant oils.

Custom solutions can be realised effectively with the modular steel and stainless-steel valve system as well as the company’s sight glass and terminal plate glazing technology. AWA’s customer-specific products provide advantages in the assembly, logistics and maintenance of modern refrigeration and air conditioning systems.

AWA always remains true to its principles despite its product diversity with around 4,000 commercial products and around 4 million items manufactured per year, as demonstrated by valve design in accordance with the Pressure Equipment Directive 2014/68/EU and design certification by means of burst testing and 100 per cent pressure and tightness testing in accordance with EN 12284.

AWA is naturally committed to preserving the environment and natural resources. As such, the certified environmental management system ISO 14001 has been in place at AWA since 2003. Additionally, in light of EU regulations and the F-gas Regulation, AWA is increasingly transitioning entire product ranges to lead-free, more environmentally friendly materials. The introduction of new stainless-steel series such as the 881 series of shut-off valve, the 882 series of damped check valve, the 883 series of filter or three-way valves with adjustable connections of up to 160 bar have drawn great attention across different sectors.

Not only do AWA products pave the way for efficient, long-lasting refrigeration, air conditioning and industrial systems, they also perfect its control systems. The company has enabled its customers to operate their systems even more safely by launching the first float-based oil level regulation system with Power ON logic and emergency injection, e.g. for frequency-modulated compressors. Pressure and temperature sensors from AWA can optimise system monitoring as, unlike rival solutions, they measure the variable operating media directly in the pipe.